The final days have come! At least that is the feeling users of older Windows version get when they see the Windows 10 countdown. With a little flair for the dramatic, Microsoft uses it to signal that the free Windows 10 upgrade will soon be history. But the question is: Who's really running out of time here since many users (including many of you!) vehemently refuse to upgrade - often with good reason? Maybe the "anniversary update" is reason enough to upgrade at the last minute? 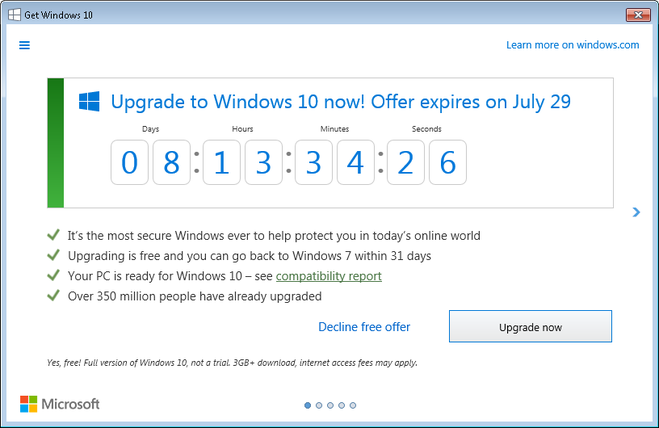 Nothing tastes good if it's force fed

The release of Windows 10 caused a huge uproar and your comments in this blog, among other things, hinted at the various issues that came with it. In early spring, Microsoft disgruntled their user base by having Windows PCs download the upgrade automatically in the background by masking it as an automatic update. Since then, things have quieted down again. Whether this was due to resignation or late insight that this was an inadvisable course of action I cannot say. Today's situation: A meager 360 million devices (includes PCs, tables, cell phones and gaming consoles) are running the new Windows, that figure is way below initial expectations (Microsoft was originally aiming for 1 billion devices). On top of that, there are now a number of programs designed to prevent the installation of Windows 10 at all cost - yes, users were that desperate!

Your horoscope for today: black screen

Many issues still persist and Microsoft isn't solely to blame for that. Various hardware manufacturers have so far been unwilling to update their drivers to comply with Windows 10. This forces many users to either stick to Windows 7 / 8 or buy new hardware. For many older devices (especially notebooks), this is simply not possible or economical. Many programs (including professional applications) are also still incompatible with Windows 10, a core reason why many businesses and government institutions have not made the switch. So the question is no only whether you're willing to upgrade but whether you actually can! The system analysis tool provided by Microsoft proved to be as reliable as a horoscope or a fortune cookie. It essentially comes down to a trial and error approach if you're willing. That wouldn't be so bad if you could easily revert back to your previous system but there have been numerous issues reported concerning the rollback mechanism. Users that didn't perform a system backup prior to their installation attempts where left in the rain with a non-functional system. 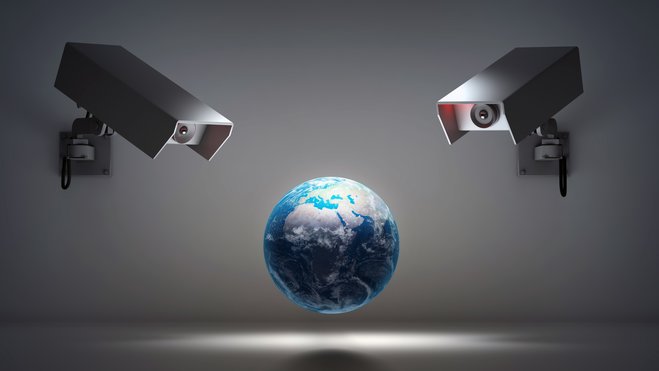 Aside from the aforementioned issues, the new privacy policy made for emotional discussions. New features such as Cortana led to Windows "phoning home" a lot more, sharing user and privacy-related data with Microsoft. The company must have heard the outcries yet has done very little to sway skeptics. More options for better privacy would have been a surefire hit. Windows 10 itself isn't all that bad (it's been running smoothly for many users) but Microsoft had more than a year to iron out the kinks. Maybe this would have persuaded some users to overlook the missing Media Center, the occasionally annoying Windows Defender or the modified handling. And this time, users cannot simply skip this iteration of Windows since there will be no successor version in the foreseeable future and support for Windows 7 will end in 2020. A three year deadline that many older PCs won't survive anyway, so why switch at all?

Microsoft congratulates itself and promises to deliver a big update. We don't know all the details yet but here's what we know so far:

Windows now features a dark skin with bright letters. It looks cool and reminds me of the ill-fated Windows Phone. The start menu has once again seen changes with the list of apps being featured more prominently and slightly shrunken shut down, restart and log off controls. A few fonts have also been modified to make everything appear cleaner. There are now additional settings for more fine-grained control over the look and feel of Windows. Users can apply color accents to individual interface elements such as the window bar instead of the entire window, task bar, start menu or action center. 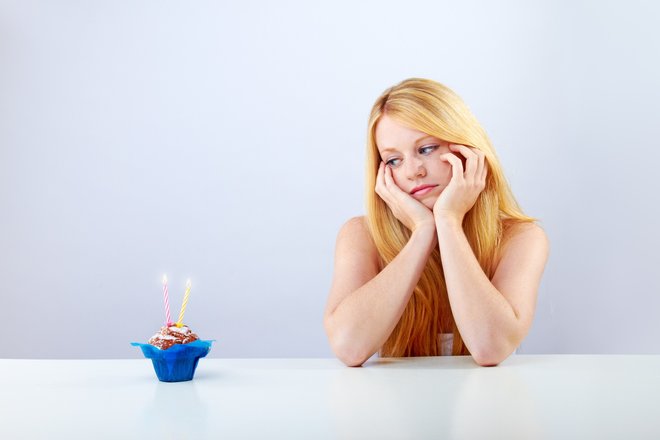 Finally, Windows no longer shuts down uncontrollably after updates. This will save you nerves and high-pitched screams. You can now specify an operating time during which the system won't be automatically restarted. A little less patronizing, feels good! If you have the desire and the equipment (digital pen), you can now also paint and write on the screen to your heart's delight. Microsoft has greatly improved support for their Ink technology allowing you to create hand-written notes and paintings in a dedicated working space with ease. The task bar will receive additional features to display action center notifications and the number of pending messages. Once you click the date, you will not only see the traditional calendar but also all scheduled appointments for the day. Notification settings now include the message type (email, Twitter etc.) to filter out unwanted notifications. Nice!

Another enhancement gives me cause for concern: Windows Defender. In the past and even when deactivated, Microsoft's gate keeper service often collided with Kaspersky and other security suites. Now, it is supposed to turn itself on at regular intervals and scan your machine for malware even when other antivirus software is present and active. Time will tell whether this will contribute to more protection or trouble. At least Defender will now be able to launch Windows in a dedicated repair environment to scan for malware more effectively. We'll see.

If you like Messenger, you'll like the new emojis. What leaves me cold may send some users into a frenzy. Cortana will also be more versatile. If you like talking to your PC, you'll now be able to use her as a DJ, have her search through all of your documents or tell you what's happening on your Windows Phone (if you happen to have one). She will also listen to voice commands on the lock screen - that might irritate a few privacy groups since the system is supposed to be locked. Microsoft Edge will finally be able to do what other browser have been able to do since 2010 - support extensions such as ad blockers or password managers. Welcome to the new decade!

Programs that act up can now be reset to their original post-installation states. That sounds a lot like Android and may turn out to be quite useful. Shame: This only works with Windows Store apps. Another feature known from other systems that has finally arrived on Windows 10: You can now see a detailed view of all past program updates from the Windows Store. Nobody can tell why that feature was missing but now it's coming. Are you a developer? Then and only then will you love the integrated Bash (Bourne-again shell) that has been around on Unix and Linux computers for ages. Microsoft appreciates their nerds!

That and a lot more is in store for you. Convinced? Who of you will upgrade to Windows 10 in the final days of the countdown?