A farewell to Windows Phone!

When managers have a chat without firing off marketing buzzwords things get really interesting. Last week, Joe Belfiore, the man in charge of Windows Edge, announced the end of Windows in the mobile space as a side note. Windows 10 for cellphones will no longer be developed and users will only receive bug fixes and security updates until the end of 2019. That means there'll only be two big competitors left in the cellphone market, i.e. iOS and Android. Even though Windows Phone ran on only 1% of all cellphones it had a resounding effect. Rarely had it become so apparent where market power ends and how hard it is to close an innovation gap. 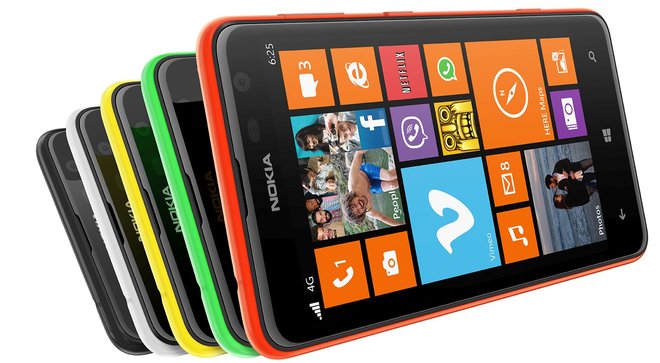 Many had already considered Microsoft's late (and clumsy) entry into the cellphone market a mistake they'd never be able to make good on. Android and iOS already had a huge user base when the somewhat conservative Windows Phone 7 arrived. The closed system (like Apple's) discouraged some app developers from making apps for it, the default syncing of all contacts and calendar entries met with distrust and some annoying bugs were only fixed after years. Despite all advertising attempts, the system never gained widespread adoption and fell into a sort of limbo. Why would companies go to a lot of trouble to develops apps for a niche system? And why would potential buyers go for a cellphone that wouldn't have their favorite apps? Co-operations with big phone distributors didn't help the situation much. While Blackberry clawed back some market share (thanks to hardware keyboards, good security and a focus on business users), the software giant from Redmond failed.

But Microsoft fought on. Feature after feature was added and big players like Facebook or WhatsApp and other successful apps were brought to the platform or replaced with alternatives. Bottom line: despite almost 300,000 apps, users were left frustrated and stayed away from the product because the store was either still missing popular apps or they were watered down versions compared to what was available on Android and iOS. Microsoft recently even admitted they offered developers money to encourage them to port their apps over to Windows Phone. When that didn't work, they developed their own apps out of desperation - to no avail.
Microsoft's vision of running the same (or similar) system on PCs and cellphones also made waves the effects of which could be felt all the way down to the PC segment. The Windows 8 tiles debacle that infuriated users around the world had its roots in the mobile realm. It was an attempt to converge two divergent interface metaphors. What may work on a cellphone drove Windows PC users nuts and created the huge Windows 7 fan base still present today. Only with Windows 8.1 and later Windows 10 was Microsoft able to somewhat reconcile with their user base.

A bearer of hope that rotted away on the shelves

Still, Windows phones were better than their reputation. But since they were late to the party and made by Microsoft they were deemed uncool, annoying (especially thanks to constant syncing) and clumsy to use. Here's my sober take on the issue: the systems weren't flawless but when has there ever been a flawless OS? You'll find logical errors, unsettling telemetry features and confusing settings in any OS including Android and iOS yet, nobody was willing to give the software giant the benefit of the doubt. To me, Windows phones were the perfect entry-level device with a more intuitive user interface than Android phones and far more attractive price tags than Apple devices. The tile-based design won't please everyone but it offered great handling especially for seniors and the small user base made it unattractive as a target for hackers - that's a definitive advantage. But it was all to no avail. Apple retained their image as a hotshot, Android had a humongous developer community and an unbeatable price tag and Microsoft remained the red-headed stepchild.

Windows 10 devices were the last attempt to a gain a foothold in the market. They offered unmatched compatibility with PCs and tablets and received some praise. Users finally had a genuine file explorer and got a better app store experience. Whatever ran on a PC was supposed to be easily portable to cellphones. Microsoft tried to sweep up their competitors with moderate price tags and good hardware - and failed again. Statistics currently list a meager 0.1% market share for Windows 10-based phones, quite embarrassing for a market leader. However surprising the termination of this business division may seem, it was unavoidable. Still, Microsoft won't completely abandon the cellphone market. Some of their programs like the Office suite or the Edge browser will also be available on Android and iOS. And yes, Joe Belfiore is reportedly now using an Android device and so is Bill Gates. So farewell Windows Phone, who knows what could have been!

What I would like to know: do you have any experience with Windows Phone? How do you think the discontinuation of this alternative mobile system will affect the market?