Using a high-end PC without actually owning one: PC streaming

We've gotten used to obtaining all sorts of content online. Internet-based texts, images or videos are common place - but how about a high-end PC that is accessible from anywhere and without ever having purchased one? Although still in its infancy, this approach may soon become mainstream for users who seek to play real games on their Macs, don't want a gaming rig in their homes or shun the high prices and fast aging of computer hardware. So how does PC streaming work? 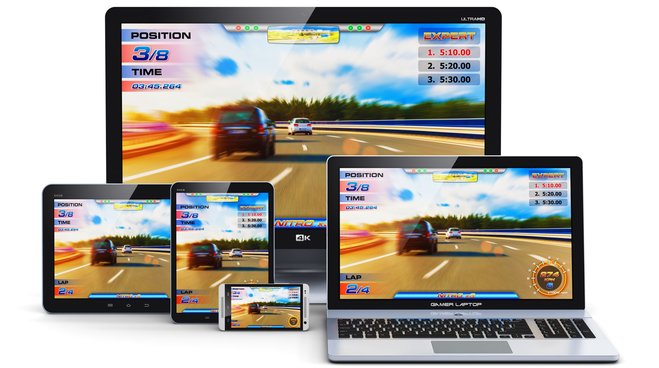 The idea itself may take some getting used to. We usually know our machines quite well. They sit under the desk and, from time to time, we may even opt for a hardware upgrade here and there. PC streaming is different: there's no longer a PC under your desk, instead, you benefit from the computing power of a data center located some place else. The concept is simple: take the terror out of the buying experience for users (purchasing the PC and setting it up) and offer an Internet-based computer as a subscription. What companies have already been doing for quite some time (it's called infrastructure as a service) is now poised to conquer the end-user market.

Shadow is one of the companies that are slowly gaining a foothold in this market. Unlike business PCs that often tend to be slowpokes that solely target office work, here, home users can expect peak performance. So far, the technical specs are impressive: machines will be running Windows 10 with 12 GB of RAM, modern Xeon processors and, essential for gamers, GTX 1080-level graphics performance. The GTX 1080 alone usually costs around $500 and can run current games at max settings. And with a bandwidth of 1 Gbit/s, streamed PCs will have a speedy Internet connection. What doesn't impress me though is the amount of disk space each user will have at their disposal: 256 GB. Whoever set this limit is no gamer! Final Fantasy 15 alone requires a whopping 148 GB and The Witcher 3 needs 50 GB so users will be running out of space fairly quickly. 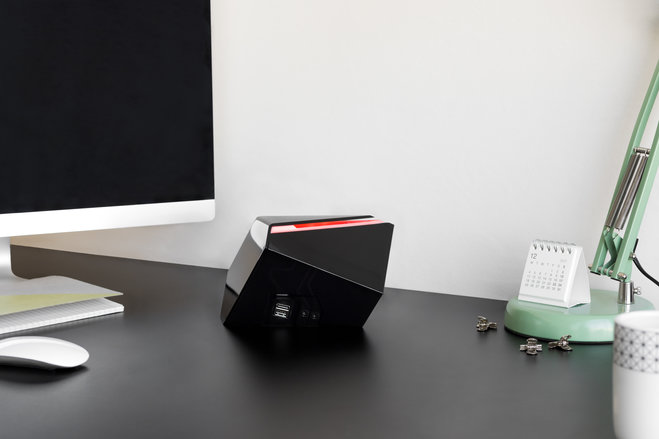 The Shadow Box in all its glory

Here's how you access your streamed PC: first, you need a stable Internet connection with a minimum bandwidth of 15 Mbit/s. You will then need to install the Shadow app on a device of your choosing. Windows, Apple and Android devices are already supported and other platforms will follow. Once installed, the app will display a regular Windows 10 desktop that behaves just like a regular desktop. If you don't own a supported device, you can obtain a dedicated set-top box (called Shadow Box) that looks neat and comes with decent connectivity. 4 USB ports along with LAN, microphone and headphone ports will most likely cover all your needs. Your personal files will then have to be uploaded to your streamed PC (e.g. through cloud services). Gamers will be better off installing STEAM (or GamersGate etc.) on their streamed PCs and downloading titles directly to them.

Initial tests show that not all promises are met (yet). Even with 60 Mbit, users still experienced lagging and latencies (delays) and there appear to be major differences depending on the receiving device. Overall, the Shadow Box had more issues than Macs which I find surprising. Thankfully, things are looking up as Shadow are currently expanding their data centers (currently, everything is routed through Paris, Amsterdam will soon be added) and improving their codec. But while they have direct control over these factors, the Internet itself remains an element of uncertainty that is out of their reach. At present, it's hard to stream content via WLAN between rooms in your own home without issues so how is this ever going to work on a global scale? Realistically, we'll likely have to fall back on our good old network cables and pray for stable Internet connections. 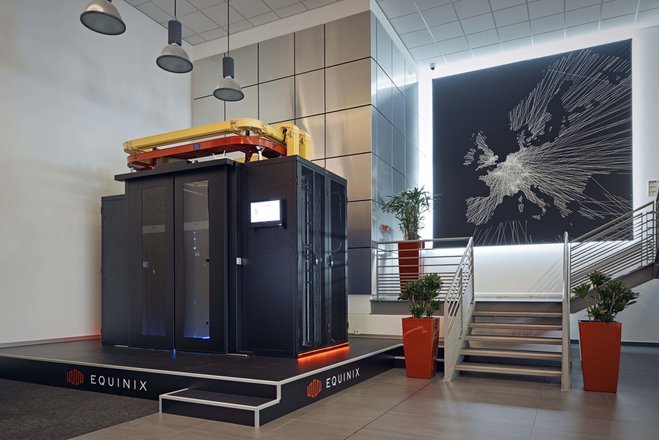 The real location of your PC

Naturally, there's more to streamed PCs than just gaming. Streamed PCs ultimately mean on-demand PC access from anywhere in the world. But they also mean you'll have to trust another company and a remote machine with your private data. Objectively, streamed PCs may offer better protection since providers have a vested interest in decent security and more resources than private consumers. Still, many will feel uneasy about the whole idea. Besides, everything stands and falls with Internet quality. For instance, users in the countryside might quickly discover that, more often than not, their remote machines would either be unavailable or user experiences slow to a crawl thanks to shaky connections. Then again, roaring fans and processors so hot you could fry an egg on them would be a thing of the past. Streamed PCs are accessible from any place on earth, theoretically. That's a nice thought! Prices will also determine the success of this business model. Users will likely have to pay around $34.95 a month for a duration of 12 months to use $1800 worth of equipment. I'm honestly excited to see how this concept will catch on with the gaming community and whether other offers will be made to normal users. Finally, a project worth keeping an eye on!

What I would like to know: can you see yourself using a streamed PC either for gaming or work?