Four messengers that are better than WhatsApp

Today, messengers have mostly replaced SMS messages with WhatsApp being in the vanguard and having acquired over one billion active users to date. In most cases, the app works flawlessly and handles fairly well. So all is good, right? Hardly! WhatsApp's reputation has received quite a few dents over the years not least due to its acquisition by Facebook - and reports of a linking between Facebook and WhatsApp user profiles to consolidate their databases. Meta data (Who talked to whom?) is still considered a gold mine by data collectors and the struggle to create ever denser user profiles is ongoing. Facebook, WhatsApp and Instagram, also owned by Facebook, already enjoy a close cooperation. On top of that, WhatsApp is also regularly dogged by security issues. Time to start looking for viable WhatsApp replacements! 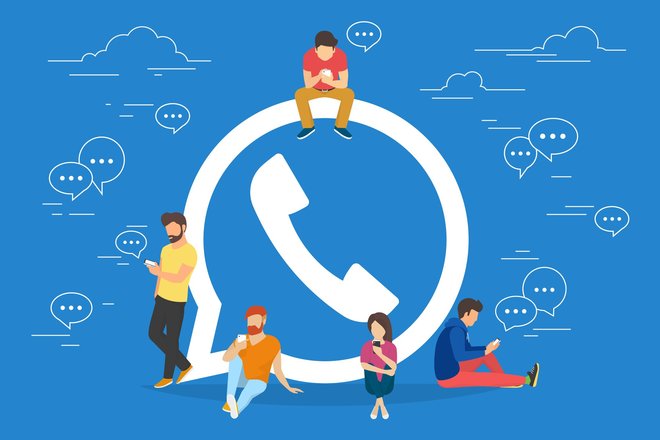 The mere mentioning of Signal is often enough to bring a smile to the faces of computer scientists. This open-source messenger had already been using encrypted protocols long before WhatsApp ever considered them. Signal is free, user-friendly and not only supports instant messaging but also voice / video calling and file sharing. All communication is protected by strong end-to-end encryption so listening in on conversations or intercepting files is next to impossible. Signal even goes one step further by offering "self-destructing" messages that delete themselves automatically after a while. Since privacy is paramount in Signal, there's no built-in backup feature, after all, backups could fall into the wrong hands. Even phone numbers, essential to establish a connection between participants, are transmitted in encrypted form making tracing calls impossible. Edward Snowden and other international security experts openly endorse the app because Open Whisper Systems, the organization behind it, is entirely funded through donations and grants. Signal is definitely worth checking out!

For under two euros, Switzerland-based Threema GmbH offers a discrete messenger of the same name. The company has no interest in meta data and created user groups and contact lists never leave their users' phones. Threema GmbH likes to point out they couldn't listen in on conversations even if they wanted to because, once again, all communication is fully encrypted through strong end-to-end encryption. Telephony, text and voice messages as well as file sharing are supported. Aside from that, handling is easy and the app offers neat bonus features like group voting (in case you and your friends need to decide which beer to get for your next party). And don't forget the site advantage: Switzerland not only has great chocolate but also one of the strictest data privacy laws in the world. Still, I'd recommend Threema only to experienced users as the initial setup involves the creation of a unique user ID which may confuse especially beginners.

Here's yet another messenger from Switzerland. It's open-source, well-designed, secure and free (for private use). Once again, all communication is encrypted, meta data anonymized and message content only present on the recipient's and your device. Wire supports video calling and even allows the creation of two separate user profiles, e.g. one for business and one for private use. It's a great and fun platform to share content with others. Just be aware that, should you share your data through third-party apps (Spotify, Youtube, etc.), security and anonymity will suffer as your data will be routed through less secure channels. I particularly liked the outstanding call quality. In addition, Wire Swiss GmbH offers desktop clients for all major operating systems which is great! Also, the user interface looks very tidy and professional so the app's definitely worth a shot.

Telegram is so secure that is has been banned by the Russian government. While some may consider this a seal of quality, overall, it's a rather sad story with one of the founders, Pawel Durow, having to leave the country due to pressure from intelligence agencies. Telegram offers different forms on encryption. "Secret chat" is the most secure option and relies, you guessed it, on end-to-end encryption. Regular chats use classic client-server / server-client encryption and could potentially be read by the developer. Unlike the other alternatives, Telegram's default messages are cloud-based and can be accessed on any of the user's connected devices. The user interface is rather playful with support for stickers and games and seems primarily targeted at a younger audience. Because of the cloud integration and the weaker encryption for regular chats, Telegram is not my first pick on this list - over 100 million users seem to be having a more relaxed view of the situation, though.

Installing one the above apps is just the first step in the shift from old messenger to new. The problem: all of your contacts also have to make the switch or else you'll have no-one to chat with. This may require a fair amount of convincing! After all, people likely have gotten used to the amenities of WhatsApp and we're all creatures of habit! Switching means work and especially less technophile users who had a difficult time learning WhatsApp or Facebook Messenger may be rather disinclined to start all over again. Sure, Skype, Google Hangouts and Facebook Messenger (which already have a high adoption rate and resemble WhatsApp the most) are easier to pick up but they are also just as avid data collectors. No viable alternatives there! Why not take the time to discuss the above alternatives with your family and friends? Your privacy and security are certainly worth the few extra minutes it takes to install and set them up!

What I would like to know: do you use messengers other than WhatsApp (or Facebook Messenger)? Did I miss any other great alternatives?