Most popular articles
Four cellphone apps to prettify your photos

In conversations about surveillance states, China is always mentioned. The country makes use of modern technology to monitor its 1.4 billion citizens like no other. Strong censorship of all media outlets (including the Internet) is quickly becoming old hat as the country turns towards face recognition, voice analysis and information clustering to create a "social credit system". Reason enough to take a closer look. 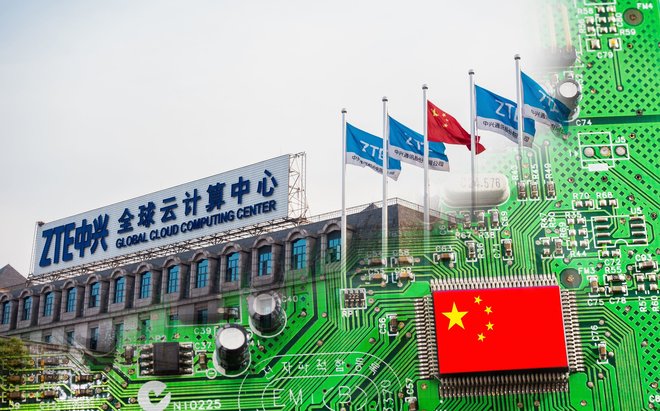 You may be familiar with some form of credit bureau like Equifax. It is a collection agency that gathers information from various creditors to assess your creditworthiness among other things. But what if there was a database that kept records of your traffic behavior or your political party membership? This may seem like an odd idea - unless you're living in Rongchen (China) where the government is field-testing a reputation system that classifies citizens by number scores. Each citizen starts with 1,000 points and earns or loses points based on their conduct. For this massive undertaking to work, a lot of IT tech is required. Aside from linking various databases (credit standing, criminal record, party membership, club associations etc.), cameras that support face recognition are also part of the program. Who fails to provide assistance to traffic accident victims? Who throws their garbage into the street? Thousands upon thousands of cameras are now watching everything. What used to fill large personal files under Mao is now condensed into data sets with corresponding scores.

The rules are simple: support your parents and you'll earn extra points. Commit DUI or any other traffic violation and you'll lose some. Once you reach 1,300 points, you'll be ranked AAA and enjoy several perks. You'll pay less for heat and water, no longer have to make security deposits and enjoy a greater degree of freedom to travel. If you drop down to lower levels (like rank C at 600 points), you'll have a hard time finding a job, won't get any promotions and will be barred from booking flights. To escape this level, you'll have to do good, for example, by paying off your debts. What kind of information will be stored is still under debate. Maybe your friendships will also play a role. Too many "suspicious" contacts might cost you a few points. Naturally, your online behavior will also be scrutinized especially when you make critical comments. Do you criticize the party? Get ready to hand over those points!

The social credit rating has the potential to become a central status symbol. Which school do your kids attend? Will you get that loan or that nice apartment? The pressure will affect everyone both at home and at work. What will happen to your score when your restaurant isn't clean? What if customers complain or demand a refund? If all you see is a means to exert control, you're missing another aspect. It appears China is trying to cultivate a civil spirit, through mild coercion, naturally. Obeying traffic regulations is just the beginning (one of my friends got perplexed looks when he stopped at a crosswalk in China). Mutual respect and good conduct are among the goals of this approach. Many Chinese see room for improvement in their daily interactions and welcome this development. That it likewise spells the end of privacy is simply shrugged off - they didn't have much privacy to begin with. 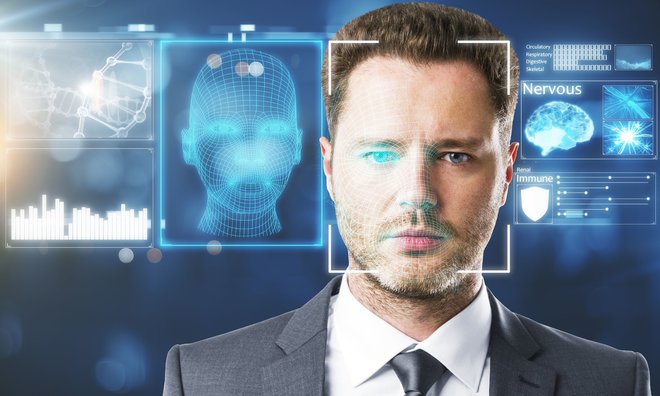 Face recognition and AI are also poised to conquer Chinese classrooms. A pilot project at a secondary school in Hangzhou provides teachers with three overseers. Cameras above the board monitor students in tandem with a software that analyzes facial expressions. Happy or neutral faces are ignored but seemingly bored, disinterested or distracted students trigger a signal. The system is supposed to provide a detailed picture of attention spans especially for large classes. A number of success stories have already been reported with students no longer daring to signal disinterest. Whether these students simply opted to make a fake happy face or suddenly have a genuine interest in their classes is unknown. I wonder how parents would respond in the West: would teachers be tarred and feathered first and then schools set on fire or the other way around?

How people can accept this situation is beyond me. Reason enough to give my former fellow university student Lian* a call, since he's been moving between cultures for decades. Lian* initially points out carefully that he can't speak for all Chinese and that he's been partially germanized over the years, but he still agrees to talk. I'm aware I'm touching on a lot of issues and I won't claim 100% truthfulness for the following statements. Yet I find his opinion noteworthy and readable. Read on for a (redacted) summary of our 80-minute interview.

"This topic is extremely complex and it would definitely help your understanding if you had lived in China for a while. I believe most people are currently striving for three things: stability, security and prosperity. As long as a policy heeds these points, any other aspects will be accepted blindly. Don't forget where we're coming from even though we don't like to talk about it: many relatives from my parents' and grandparents' generation have perished through hunger, wars or political unrest so I never got to meet them. Looking back at the past 100 years, we had the Republic of China followed by the young People's Republic under Mao-Zedong that saw millions perish or faced with a permanent struggle for survival. A lot was destroyed back then both on an interpersonal level and between citizens and the authorities. Today, we are an economic powerhouse and a military might. We're proud of what we have achieved. Sure, poverty and corruption are still an issue but things are looking up. There are constants in our lives and there is a general feeling that we can achieve anything together as long as we work hard, make full use of our potential and keep a sense of equanimity. Many have already climbed the social ladder. My parents took a trip to Europe last year and visited Vienna, London and Paris. 30 years ago that would have been unthinkable! 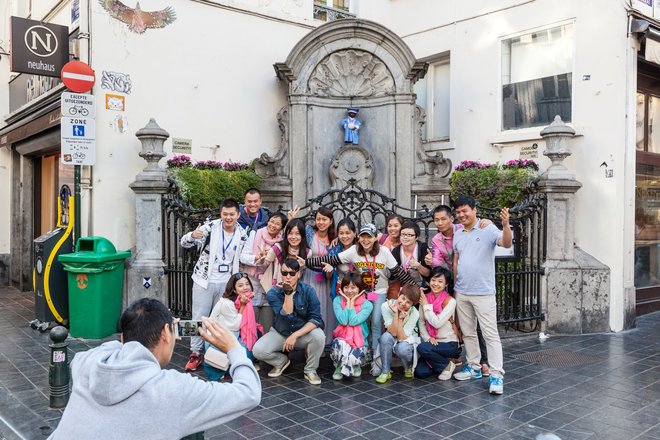 The freedom you like to talk about is not primarily an end in itself for us. It requires an established order and proper societal conditions. What good is freedom, if chaos and hunger are rampant? And freedom isn't limitless but bound by social norms. It shouldn't disrupt order. The Confucian social also takes a different view on power and control. As long as people in power act in the best interest of the people, the people should not complain, period. If the people are well, the government has a lot of freedom to act. The relationship should be governed by harmony. No one likes to see the harmony disrupted by either the party of the people.

You tend to consider yourselves individuals first. We value the people and the common good achieved by each individual. How can you as an individual contribute to the well-being of the people through your job and your individual talents? Do you treat your parents right, do you pay your bills, do you obey the law and do you provide assistance to others? That's what this score (he's referring to the social credit system) reflects, to reward those that act this way. It's certainly an educational measure but it also improves security since you'll know exactly who you're talking to. Personally, I'd rather my daughter marry a man who is a role model in this respect. Contrarians and non-conformists will quickly suffer the consequences but everyone gets a chance to redeem themselves. It's a better approach than only finding out about one's many transgressions in prison. 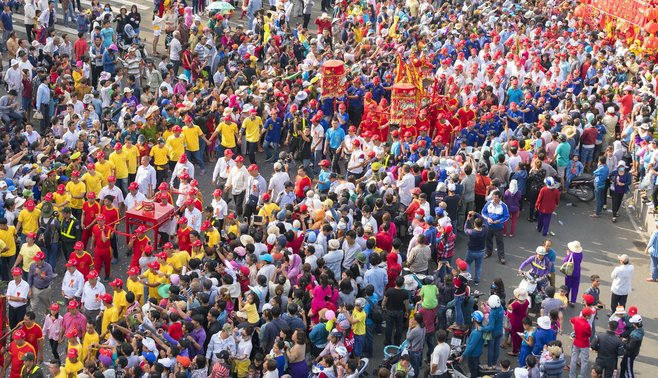 No more anonymity in this crowd

Our stance on fighting crime is similar. You almost turn some of your criminals into celebrities by writing books or creating t-shirts and other fan items. I don't understand that and it would be unthinkable in China. These are not good people. An example: recently, officers identified a criminal through face recognition in a concert crowd of 50,000 people and your media reported on that. It worked even though you believe we all look the same [laughs]. To many, this was a welcome sign that it has become impossible for individuals to hide in the crowd. After all, who wants to stand next to a criminal? Crime rates in Japan are low partly because criminals expect to get caught. This surveillance technology could be used to achieve something similar. Everyone would know that they'd be found out eventually so they'd be motivated to act well and stay out of trouble. Maybe it's the only way to keep such a large population in check.

The intertwining of Confucian and economic ideas also plays a role in our educational system. According to Confucius, education is the only way for humans to realize their full potential and better themselves. This was a revolutionary idea some centuries ago since he included everyone not just the rich and powerful. Naturally, the economy needs skilled workers so there's a lot of training and rote memorization involved. Camera surveillance fits in perfectly with this picture: bored or distracted children indicate that something is amiss. They have to be admonished and teachers have to ask themselves how they can improve their classes. Ultimately, cameras are simply an additional pair of eyes for teachers."

I hung up a little lost in thought. I didn't get all the way to the core of the matter but I can understand why my interviewee took a rather defensive stance. Differences in mentality are hard to bridge. Still, I'd very much like to know your opinion on this. Can you relate to Lians' thoughts?