4.3 billion reasons for Google to change

Have you heard of GAFA? This acronym stands for the four possibly most powerful US companies: Google, Apple, Facebook and Amazon. Each has taken their fair share of the Internet pie (along with Microsoft) and make billions almost unchallenged. But recently, a storm has been brewing in paradise: Google was fined 4.3 billion euros by the EU commission. What happened?

Google's Android offers a huge advantage: It's free and customizable, an enticing offer for any cellphone manufacturer. After all, for each company to create their own OS wouldn't make economic sense. Naturally, Google, who recently abandoned their slogan "Don't be evil", don't just give away Android for free out of the kindness of their hearts. They have steep requirements. For instance, if you wanted to use Google Playstore with your product, you'd also have to pre-install other Google apps like Chrome and set up Google Search as the default search engine throughout your device. The list includes a total of 11 apps that cannot be removed by users (only disabled). In addition, Google also paid manufacturers to integrate Google Search into their products. This, although a welcome secondary income for manufacturers, was now deemed illegal by the EU commission. The third charge is more technical. Since Android is open-source (meaning anyone can view and modify the source code), manufacturers are free to ship customized versions of the OS. These tend to look sleeker, come with handy additional functions and often prove to be standout features for prospective buyers. However, Google stipulated that, if you ship a custom Android OS, you can no longer sell cellphones with a vanilla Android.

It's this kind of adhesion contract that drives competition regulators up the wall and now led to a billion euro fine. As with Microsoft, who tried to force Internet Explorer and Bing down users' throats in the past, regulators now sprung into action once more. Biggest drawback: It takes time! That's why fines are often imposed for misdemeanors that occurred several years ago. Of course, Google has already lined up their army of lawyers to fight the decision. It could very well take another couple of years until the final word has been spoken. The message sent to GAFA companies (and others, as Microsoft and Intel can attest to) is clear: We're watching you and you don't have a free pass - or else you'll pay dearly. And there's more trouble brewing for Google! Withing 90 days, the company has to change their current practice or face additional hefty fines. These news are important in a time when people like Mark Zuckerberg leisurely handle congressional hearings like a rock star. 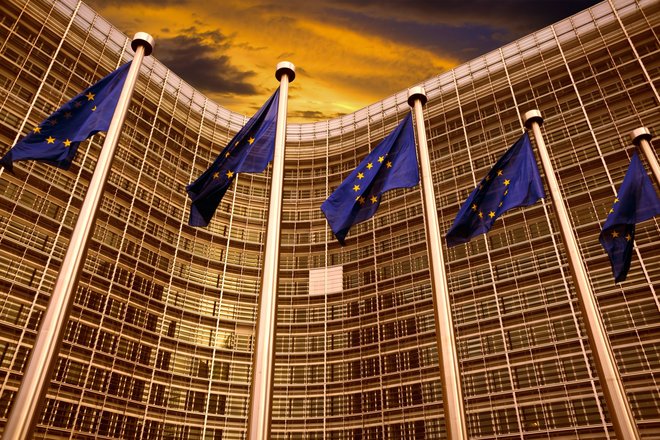 This fine may set a new record but it's not the first of its kind. Back in June 2017, the EU struck again, fining Google 2.42 billion euros. Back then, Google gave their own ads better rankings in their Google Shopping store even when competitors had better offers. If you were looking for an item, you'd have to skip all the way to page four of the search results to see ads from competitors. Since 95% of clicks happen on the first page, they simply buried the competition, harming consumers and the free market in the process. It soon became apparent that fines are set based on company turnover to really hurt! It's important to note that nationality plays no role here, even though this aspect is frequently cause for fierce debates. It's actions that matter. Companies that violate the law and harm the interests of competitors or consumers deserve to be punished even when they are operating out of Atlantis!

Though it is estimated that Google has 90 billion in their bank account, the company will definitely feel this one. If the EU prevails, Google will have to allow for more competition, will no longer be able to pay manufacturers to install their apps and will be forced to allow cellphone makers more latitude in their use of Android, including customizations. This will likely hurt a lot more than the fine alone! However big Google, Facebook and others may be, once governments curtail their business models, profits may dwindle fairly quickly. For instance, if you restricted Facebook's data collection activities, their wet dream of 100% transparent user profiles for targeted ads would quickly come to an end. That's were politics come into play. Big IT has aggravated governments from various countries for years by making huge profits while paying few taxes in their places of origin. Interesting side note: Estimates show the frequently bemoaned trade deficit between the US and the EU is non-existent if you include services provided by big IT. And while the idea that goods can be digital may not have taken roots everywhere yet, at Ashampoo, we're all too aware of this fact (we'd be in deep water otherwise). Word just hasn't reached politicians yet.

So administrations are fighting against monopolies to protect consumers. As much as people (including me) enjoy nagging politicians, users need freedom of choice. Because competition is good for business, because we need manipulation-free search results to find the best offers or the most relevant news articles and because we want to use the best apps, not the apps that are in the best interest of a single company. Wouldn't it be great if we could just uninstall the apps we dislike? Or how about freedom to choose between an ample number of browsers and search engines right from the start? How many would rather use Opera along with the anonymous DuckDuckGo engine than rely on pre-installed software? It would definitely lead to more software diversity on cellphones around the globe - and that is a good thing!

What I would like to know: Do you support efforts to put business giants into their places or do you consider this struggle a lost cause?