Lately, Mark Zuckerberg appeared a little shaken. Millions of data sets got lost and people suspected Facebook had been used to shape public opinion - oh, and especially younger users flocked to Snapchat, Instagram and Telegram. While the still steady flow of ad revenue certainly eased the pain, it was enough to trigger a change in thinking. Not only will Facebook receive a design overhaul, but it will focus on different content and provide a payment method. And most importantly: the private spheres and data of its users will be better protected. At a recent conference, Zuckerberg briefly chuckled over the term "private" but continued to make one promise after the other afterwards.

Once a company like Facebook enters the public limelight, we're usually in for a mix of showy and informative elements, as was the case with this year's F8 conference. Naturally, this includes the CEO apologizing for the company's missteps, though not in the humble and often tearful fashion we've seen from Asian executives. Still, the Cambridge Analytica scandals seems to have effected a change of mind, with the words "The future is private" lingering on a giant display behind Zuckerberg for quite a while. Until now, Facebook and data privacy were a rather unlikely match, but Facebook seem to be determined to rework both the technology and organizational structure behind the web site. If you're less familiar with Facebook: So far, the site has been mainly structured around news feeds that bundle posts from friends and family. For example, this meant photos from the christening of your neighbors' kid were presented alongside local or celebrity news, depending on your interests and the post frequency of your friends.

This structure has been paramount to the huge success of Facebook. It's based on the premise that humans like to share stories that have a personal impact, either emotionally or information-wise. In the spur of the moment, many don't care very much about who exactly gets to see their posts and either make them public straight away or spread them among an often humongous list of friends. This, more or less, personal content was then complemented with messages from group subscriptions. It was the blend of voyeurism, exhibitionism and chit-chat that has driven the success of Facebook for so many years. And as a bonus, Facebook got hold of billions of data sets and turned them into detailed customer profiles for personalized ads. Facebook Messenger on the other hand has been treated as an orphan most of the time - and that's about to change! “We need a digital equivalent of the living room that is just as built out with all of the different ways we want to interact privately with messaging, small groups, sharing where your content doesn’t stick around forever, simple and secure payments, private ways to share your location and over time lots of different ways to interact privately” said Zuckerberg, earning a murmur from the crowd. This move would mean a convergence towards popular messenger apps. 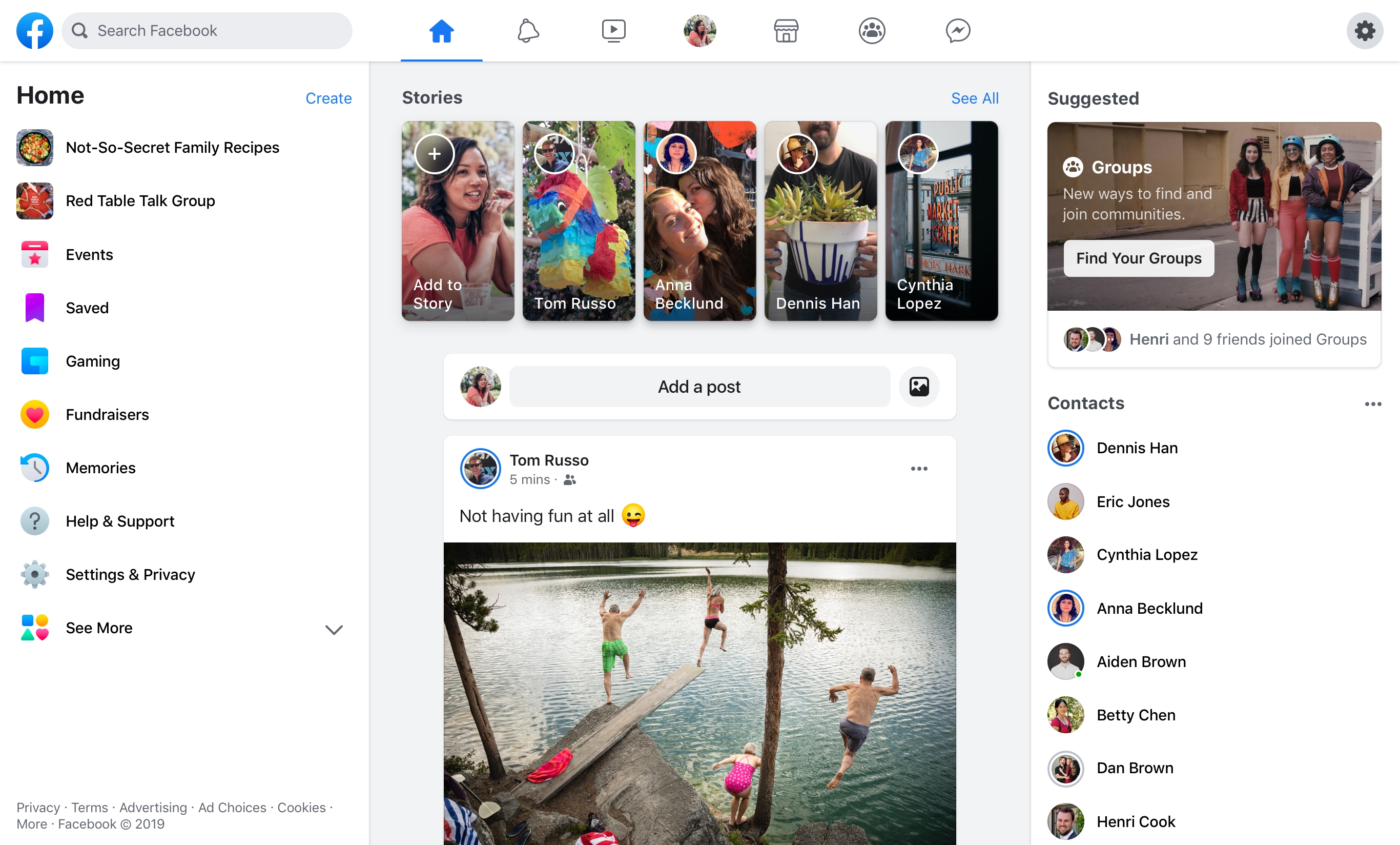 Facebook also seek to make profound technological changes to their platform. Chats will support end-to-end encryption and messages will finally be permanently deletable. Furthermore, the messenger app will be able to display Instagram and WhatsApp messages, making the app the central hub for messages from all three cornerstones of Facebook's messaging empire. But the plans go deeper than that: There will be a dedicated desktop messenger app to rid users of the need to keep their browsers always open. The project could turn out a success, if the enormous market power were properly bundled, but it'll be interesting to see how this will affect ad placement. How will personalized ads work when message contents are inaccessible to Facebook? Will there be an ad for large Frankfurters in between "I love you" and "I love you too"? What will the timeline look like when it's no longer the centerpiece? How will long-time users react to all this?

Facebook also want to go where the money is. Thus, the platform will support online shopping so users will no longer have to leave the site to buy their goods. Good news for the one guy on this planet who kept asking for this feature. And then there's "Project Libra", Facebook's own cryptocurrency. Generally frowned upon, Facebook seek to give their currency mainstream appeal and to make it international. Users will then be supposed to handle their financial transactions through Facebook but without fear of price slumps. The company has already invested a billion dollars into the project and there are plans being discussed whether specific user behavior (watching ads, answering questions or visiting shops) should be monetarily rewarded. What may seem like a strange idea could allow users to make money while using Facebook! 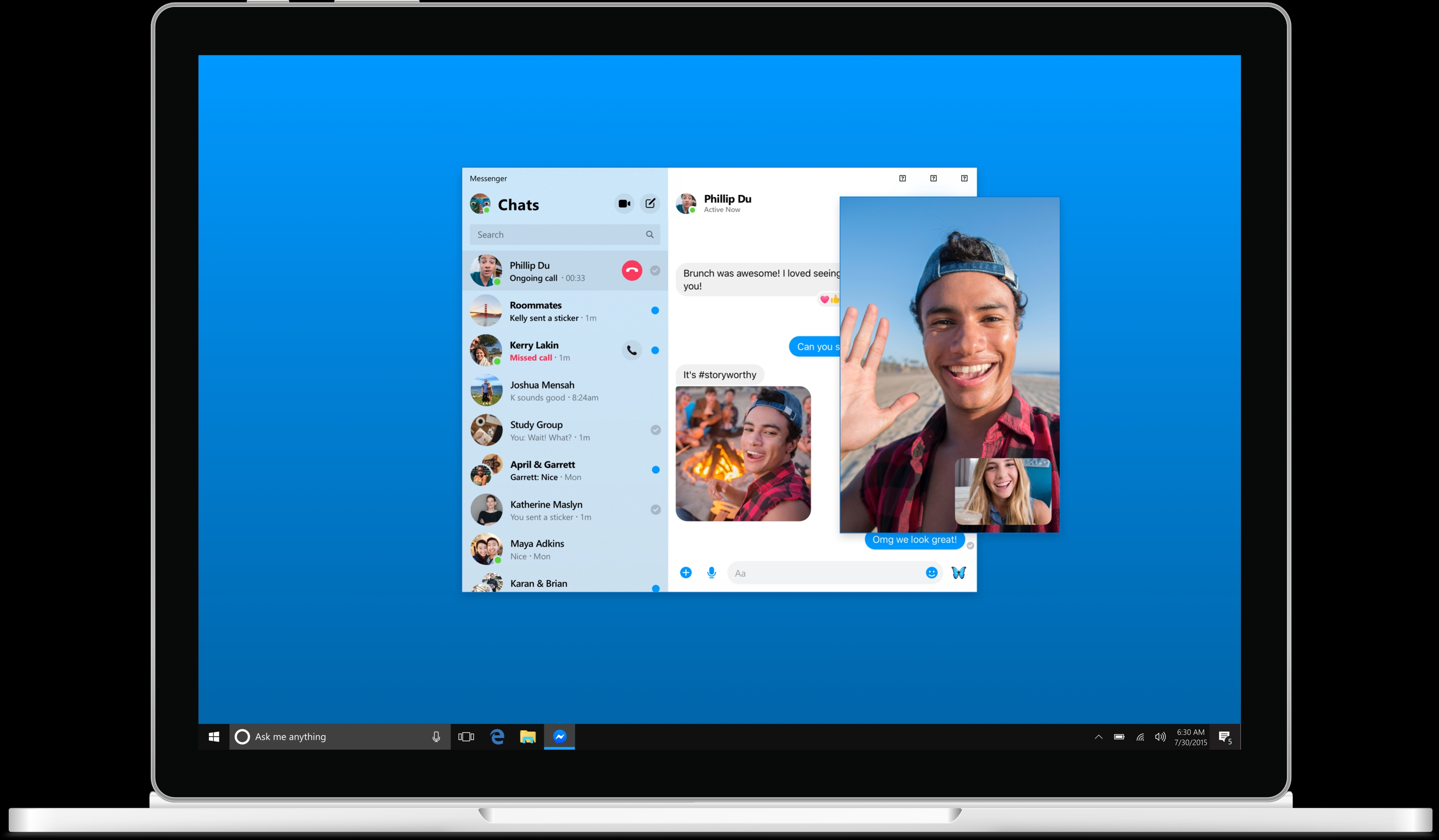 At present, likening a designer's work to Facebook is the perfect strategy to irk them, promptly triggering shame and embarrassment over the stuffy and outmoded look associated with Facebook. That's why Facebook are currently running a test with a possible future design through their app before rolling it out to their website later this year. Gone are the blue elements, the future is white. Stories, groups and chats are placed in the center with special emphasis on the list of contacts. Loading speeds have been tweaked and compatibility with multimedia elements has been improved. As always in the face of change, groups are forming that express their dislike over the new visuals. This sentiment is particularly pronounced among elder users that fear "their" Facebook is gone and that strongly disapprove of the new focus on chats. Will the revamp be a success? We'll see!

What I would like to know: Assuming Facebook make good on their promises, would you give them a(nother) chance?