Are Bluetooth headphones under $50 any good? A review of AIKELA TWS-X10 headphones

Christmas is over and I'm seriously hoping you had a great start into the new year! Naturally, my presents included a few tech gadgets, along with a genuine surprise: a pair of wireless headphones. I had already owned a pair of over-ear wireless headphones but they were bulky and heavy, thanks to the sizable batteries—and they won't get any prize in terms of design either. Definitely unsuitable for sports or casual listening on the go, which is why I unwrapped the Aikela TWS-X10 with glee. I had neither heard of the company nor ever owned in-ears, so it was a double premiere so to speak. 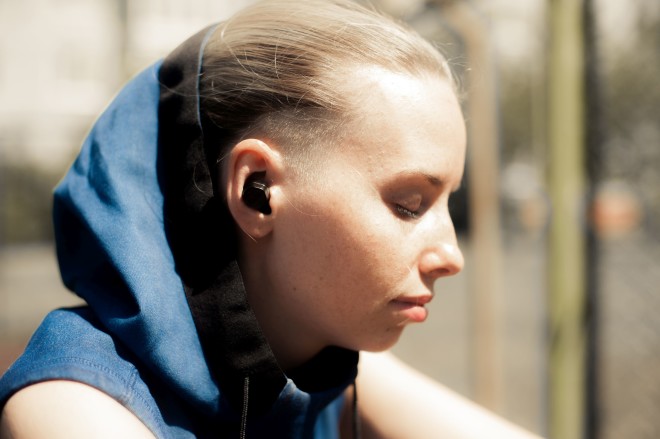 I'll admit my expectations prior to the review weren't particularly high. These headphones usually sell for around $40 but occasionally go for as low as $28 during sales, making them a low-budget device. Unlike the first wireless models a few years ago, the TWS-X10 do not feature any cable connections and thus qualify as "true wireless". Not having any cables makes physical handling particularly easy—but also increases the risk of disconnect or pairing issues. Thankfully, the product supports the current Bluetooth 5.0 standard that boasts good range and data rates.

The packaging is plain and includes the usual suspects: headphones, extremely short USB-C cable, operating manual, three differently sized pairs of pods, a bag to store them and a case. The latter is a niftily designed box meant not only for storage but also charging. Even better: The case not only works with the headphones but also serves as a 3500 mAh powerbank that can charge other devices via USB, e.g. cellphones. It comes with a display that shows the current battery percentage so you know when to charge the case itself.

Since the headphones were already decently charged, I tried them on right away. And what a surprise that was! For once, the plugs fit my, less than average, ear canals perfectly. Here's where the criticism usually sets in: Yes, this product probably won't please hi-fi loving audiophiles and can't hold a candle to, say, Bose headphones, but nobody in their right mind would expect that at this price point! I was positively surprised during my playback of high-quality FLACs (non-compressed audio files of popular Pink Floyd, Coldplay, The Alan Parsons Project and Muse). The sound was neither brassy nor distorted (at normal volume levels) and I had a genuinely fun experience with "The Dark Side of the Moon" and "Black Holes and Revelations". There isn't a lot of thump in the low-end and other models probably offer a more nuanced audioscape in the higher frequency ranges but, once again considering the price point, I can't complain! A little bit of EQ fine-tuning, e.g. through VLC, may mitigate these deficiencies to some degree. Out of the box, the volume is a bit low, but pressing the back of the right headphone for several seconds takes care of that.

Both headphones feature pressure-sensitive back sides that support several gestures to play and pause songs, increase/decrease the volume or accept incoming calls. There is a bit of a learning curve but a nice lady in my ear keeps me informed about my actions in English. There is even support for third-party assistants, like Siri or Google, but, for now, I'm happy as long as I manage not to trigger any actions by accidents, e.g. while inserting the headphones into my ears. To be honest, I mostly skip the touch gestures and control the audio through my cellphone. An unexpected call from an old friend recently helped me try out the mic. Apparently, I was understood but my voice was described as lacking in bass so this product may not be the first choice for frequent phone callers.

Devices as small and light as this one naturally have limited battery life. I'd say 4 hours are feasible on a full charge, provided the volume is low and the distance to the audio source short. I got 3.5 hours out of them, which is probably sufficient for most strolls, domestic activities or shopping sprees. Fully charging the two 50 mAh batteries takes roughly 2 hours. With my cellphone, the headphones manage to cover a distance of around 15 meters, including a glass door. An inch more and the connection is gone. That's okay but not great. The product is waterproof according to IPX7, which covers rain and sweat. I wouldn't take them on a diving trip though since permanent liquid exposure requires a higher level such as IPX8.

So how well does the headphones fit into my ears and what about long-term use? As said before, the package includes three soft silicon-based pods (small, medium, large)—and and you'd be wise to try them all on. I initially thought medium fit my ears best but it turned out the larger pods not only offered a tighter fit but also a significantly improved overall sound experience. On top of that, the large pods noticeable reduced the thump of my steps (a common problem with in-ears). However, the advertised "active" or "intelligent" noise canceling is nowhere to be found! Sure, in-ears offer some degree of noise shielding due to their construction by default but that's passive noise canceling at best. Active noise canceling would have been a nice plus though! Still, the pods are a nice fit without feeling like foreign objects in my ears and they don't come loose during vacuuming or cleaning activities. A 2.5 hour stroll through the city was no problem at all.

By the way, Aikela is not the only brand name under which this item is sold. Antimi, ZEAKOC and other labels all refer to the same generic product at varying prices. And that's not counting the slightly visually modified variants. It's understandable that an inexpensive but still appealing product is marketed through multiple channels—with great vigor, as the many, often hopelessly overblown, Amazon customer reviews can attest to. These read like this is the ultimate Apple AirPod killer at a bargain price, with forever-lasting batteries and enough pizzazz to outshine even luxury cars as status symbols. Hogwash! Ignore about 70% of the comments and your in the right ballpark. You'll get a solid product at a decent price that will cover most, if not all, of your use cases.

However: Some customers (roughly 5% on Amazon) report frequent disconnects, insufficient volumes, inferior audio quality or incompatibilities with their ears. Whether these issues are caused by the headphones themselves (e.g. due to quality fluctuations during production) or by cellphone incompatibilities and weird ear canal shapes I cannot tell. In any case, you can always return the product if not satisfied!

As with all reviews in this blog, this is not a paid review. What a shame!

What I would like to know: Do you already use wireless headphones or do you prefer their wired counterparts?