Microsoft's change of heart in the browser market: Edge reborn

Our web developers at Ashampoo are quite pleasant fellows. Gentle folks with fawn eyes. But even their looks turn to stone once the I word is dropped, i.e. Internet Explorer. For years, IE set the standard, being both a bane and blessing. Whether unadventurous private user or member of an IT staff, Internet Explorer was the gateway to the world-wide web for many. And web developers in their quest to have their websites render correctly more often than not suffered the many awkward development decisions by Microsoft. During my time as a QA clerk, I had to report time and time again that sites that were working fine in Firefox or Safari didn't behave as expected in Internet Explorer. But that's all in the past, since Edge is now built on Chromium! Old name, new underpinnings! So what's new?

Why is Edge now running on Chromium?

Microsoft have a fairly poor track record when it comes to browser technology. Having initially left the field to Netscape, the company used their substantial market clout to force their users to adopt IE as default browser–until the courts put a stop to that. With Windows 10, Microsoft introduced Edge in hopes of erasing the inglorious past from our minds. There was much fanfare and, naturally, affirmations to the speed and performance advantages over rival software, especially Chrome. But it was all in vain. Edge never saw wide-spread adoption, not least thanks to incompatibilities and a dearth of extensions. Instead of setting the standard, Edge was playing catch-up. As the saying goes, if you can't beat them, join them and that's what Microsoft did: Enter Edge Chromium. Microsoft provides the UI, settings handling and a few extras, Chromium does the heavy lifting, i.e. website rendering–taking the brunt of the development work off Microsoft's shoulders.

Once installed, existing bookmarks, passwords etc. from other browsers can be imported to make you feel at home right away. This is Microsoft, so descriptions, hints and tips abound. Interestingly, the word "Chromium" is never mentioned, unlike the usual verbal fluff (new, fast, performance). This version of Edge is available for Windows 7 and higher as well as MacOS, Android and iOS, with support for syncing favorites, passwords and browsing history across devices. I try to ignore the wall of text and proceed to the start page–which is dominated by Microsoft, of course. There a three default display styles, accessible through a cog icon, that alter layout and design of new empty tabs: "Focused", "Inspirational" and "Informational". The first, dare I say, focuses on the essentials: favorites and the search text field. "Inspirational" adds a random Bing-based background image and becomes my setting of choice. "Informational" includes data from additional sources such as weather, sports and celebrity news, too much clutter for my taste. In any case, as I browse my usual sites, I notice that the usual one second delay is completely gone, at least on my fast PC with a beefy internet connection!

Browsing the web with Edge

I don't want to bore you with benchmark minutiae (summary: Edge is on par with Chrome and Opera and in front of Firefox) so here's the long and short of it: Everything feels snappy and the included Defender SmartScreen does a good job of warning me whenever I visit suspicious sites, while otherwise running discreetly, and silently, in the background. Social networks, shopping portals, news: Everything feels smooth and responsive. The new Chromium engine definitely makes all the difference. This doesn't really feel like a premiere though, since Microsoft have been working with the community on this product for months, regularly releasing preview builds and updates until as recently as January 15. 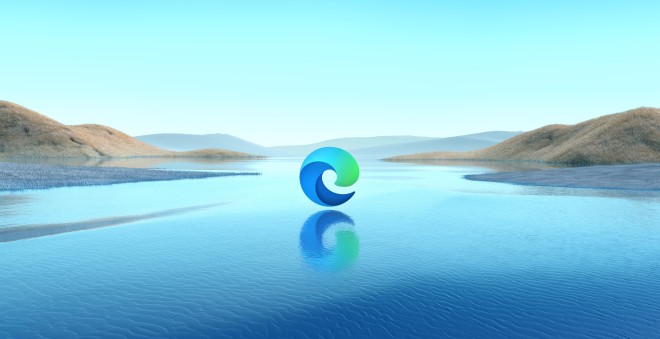 It's hard to believe but this where Microsoft's new Edge shines. Aside from the already mentioned Defender SmartScreen, Edge now comes with capable, and quite customizable, tracking prevention to protect users from being tracked by websites they aren’t accessing directly (default setting). It's amusing (or is it?) how quickly the log fills with URLs of hundreds of popular sites that would have otherwise slipped their trackers onto my machine without me having actually visited them. Personalized ads can also be disabled with a single click, chapó! The rest is your usual run-off-the-mill feature set, including cookie handling, anonymous usage statistics and shut-down behavior. By the way, Microsoft promise to only collect data to improve "user satisfaction". That definitely brings a smirk to my face! In general, Edge's settings are easy to understand and handle, not unlike Chrome's but slightly more extensive. And that's precisely what may be considered a drawback by MS fans: The new Edge bears no resemblance to either Internet Explorer or its previous namesake, and I suspect that was a deliberate design decision!

Naturally, Microsoft have been running dedicated extension sites for their browsers for years but, in the past, hardly anyone ever used them. With the new Edge, users can visit Chrome Store to install vanilla Chrome extensions, once they declared their consent. Edge includes text-to-speech and PDF support by default and its dark mode is indeed easy on the eyes. It also comes with Bing as default search engine, but that can be quickly remedied via "Privacy and services > Address bar > Manage search engines". Other default goodies include a private mode, 4K-Ultra , Dolby Audio and Audivision support for Netflix and the ability to apply your Windows visual style to the browser, nice. Another thing worth mentioning is that, on a Windows 10 tablet, Edge runs circles around Chrome! I'd like to hear whether others have had similar experiences.

Though the technological switch to Chromium is commendable, it's worth asking whether moving from Chrome, Opera and the many other Chromium-based browsers to Edge really pays for most users. We are creatures of habit and even though most data can be imported, transitions always carry a learning curve. Apart from tracking prevention, what are the definitive advantages over Chrome? Maybe these are still to come, as not all planned features have been implemented yet. There's talk of functions to collect and share web content with others, better Office integration and special Windows-based features–if anyone knows how to make software play nicer with Windows, it's Microsoft! As of today, we have a new decent, fast and visually appealing browser that is compatible with the rest of the online world. Is that good enough for you? Why not go and find out! Edge has finally caught up with the rest of the bunch and may be poised to win over/back new/old users.

Make no mistake, the new Edge is an all-around decent browser. Yes, privacy organizations remain suspicious as ever towards Microsoft because, while the company is making it seem like gathered metrics will be evaluated by an ethics committee beforehand, data collection is as prevalent as always. Only this time, the data ends up with Microsoft, not Google! On the other hand, feature set, speed and user-friendliness are convincing across the board. But anything else would have been a major embarrassment, since the heavy lifting is done by others! Ultimately, this move implicitly strengthens the position of Google and creates a dependence that would have been unthinkable for Microsoft in former times. After all, although Chromium is an open-source project, no-one really doubts Google are calling the shots behind the scenes. We are now left with only two browsers (Safari and Firefox) not running on Chromium and are, once-again, faced with an unhealthy monopolization of the browser market.

What I would like to know: Are you willing to give the new Edge a try?