There are unsung heroes out there, especially those who accomplish ungrateful tasks out of a sense of duty or charity for others. While there's International Volunteer Day and much appreciation for social commitment, one species of helpers mostly stays in the background: family administrators. It took a while for their field of activity to take form but it's seen rapid growth in the wake of mass Internet use ever since! I'd like to honor these ladies and gentlemen by describing their typical daily routine. And believe me, it's not as fictional as you might think. 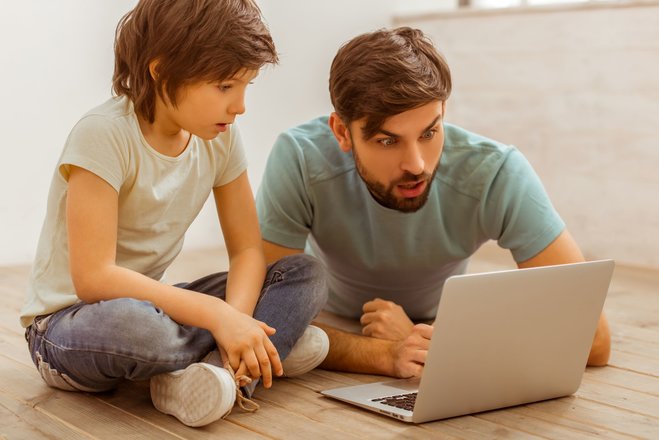 07:20 am: panic and turmoil. One of the little ones is unable to print out their homework. A frantic search produces a small blank ink cartridge since the printer refuses to work with the big one alone. As the time until the school bus leaves flies by, the printer loudly cleans its nozzles, makes ominous sounds and painfully slowly enters start mode. Finally, "The fall of the Berlin wall" gets printed at the last minute and is hastily stored away.

04:30 pm: piercing screams from the youngest. The kids' tablet with the bear game stopped working. The trained eye of the family admin quickly spots the thick layer of Nutella and marmalade covering the touchscreen. After cleaning, the device still refuses to work so a reboot is in order. Defiant indignation arises as the game progress seems to be lost and all bears have to be fed again from scratch with honey. After that, indignant puffing from the sofa.

06:25 pm: the wife's android phone collapses under the load of dozens of apps and suffers from a lack of resources. A brief discussion ensues whether roughly 30 fitness, design, yoga and nutrition apps with push messaging plus every social app on the planet plus WhatsApp are really necessary. Response: yes. End of discussion. The family admin promises to get a phone with more memory.

6:45 pm: alarm from the children's room, raised by the antivirus program. The youngest son illegally tried to watch a current movie and didn't consider running an EXE file beforehand suspicious. This warrants a warning from the family admin along with the info that Amazon Prime and Netflix provide enough legal content. The son seriously replies that he's already seen all of it.

07:04 pm: the dwarf rabbits have found a new calling in nibbling at the cables during their usual runs. The mental reconception of the cable layout is interrupted as the printer once again strikes just as a knitting pattern was to be printed out. This calls for tiny hands so it's up to the youngest to remove the paper jam. Praise and gummy bears follow. 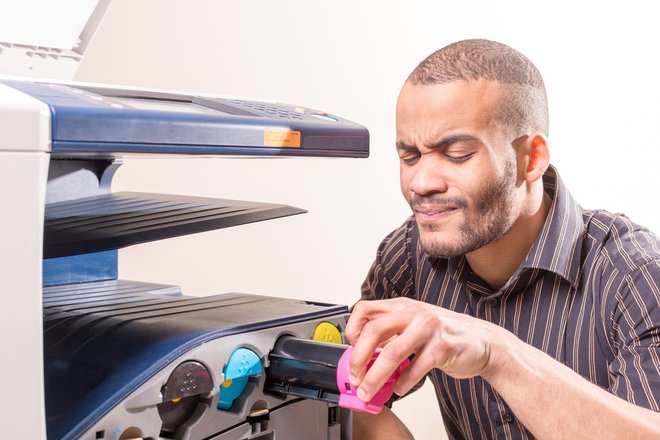 Printer issues can drive any admin to despair

07:20 pm: a call from the elder generation. The family admin's aged uncle can no longer see the usual interface on his smartphone but a "strange list" he's reportedly never seen before. After a lengthy investigation accentuated by a couple of curses and failed attempts at swiping left, the phone is rebooted and everything is back to normal. Problem solved.

08:00 pm: a request to enhance the photos of the last family meeting is made. The ladies, all of them over sixty, consider their digital representation too wrinkled and red-faced. The admin's on high alert as actions could potentially hurt their feelings. Gentle image manipulation with Photoshop smoothens wrinkles and somewhat harmonizes complexions. Once everyone bears all but a slight resemblance to their real-life counterparts, and looks 15 years younger, mutual happiness ensues.

09:40 pm: the collapse. A disgruntled murmur engulfs the lower floor as the Internet connection is slowing to a crawl. The family admin calms down everyone and suspects the issue to be located in the upper flow, occupied by the late-pubescent members of the family. The first-born admits to having watched a 4K skateboarding video to see all the details. He's gently admonished.

10:17 pm: open conflict. All four Netflix accounts are already assigned to family members and now the second-oldest can't watch his favorite series. After a search for the lowest common denominator, the family admin reluctantly agrees to authorize the viewing of a horror series if only to motivate his teenage daughters to share their account even though he considers them too young for the material. Family peace through zombies.

11:44 pm: it's disco time for the older family members while the young are sleeping. Peace sets in as the family admin recharges his batteries while listening to a vinyl with headphones.

What I would like to know: do you personally know any of these everyday heroes who keep the family IT running? Are you perhaps even one of them?