As cellphones began to lose their headphone jacks, even Joe Schmoe finally discovered the wireless technology standard Bluetooth. It had been around since the 90s but only arrived in living rooms (and on billions of devices) within the last decade. And while this technology has been adopted by many, some users are still hesitant. Read on to learn what you should know about Bluetooth! 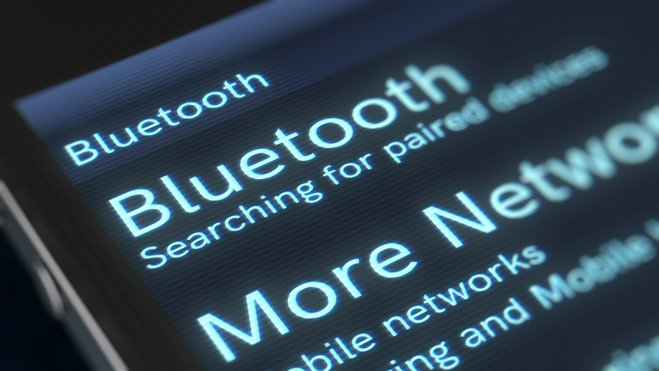 Where does Bluetooth come from?

In 1998, companies like Ericsson, IBM, Nokia and many others founded the Bluetooth Special Interest Group (SIG) to develop and promote a wireless technology standard that would allow inter-device communication via short-range radio frequency bands. The core technology was developed in a Dutch-Swedish cooperation, which is reflected in its name. "Bluetooth" is an anglicized version of the byname used for a Scandinavian tenth-century king thought to have either had a bad tooth that appeared bluish or a penchant for blueberries. He's also known for having been particularly communicative which fits the technology quite well. The well-known Bluetooth logo is a blend of his initials written in old runes.

How does it work?

Every Bluetooth device hosts a transmitter and receiver chip that operate on frequencies between 2.402 and 2.480 GHz, like many other radio-enabled devices (DECT phones, routers etc.). However, Bluetooth uses a special radio technology called frequency-hopping spread spectrum. It was co-developed by Hedy Lamarr, who gained popularity as a Hollywood star and the "world's most beautiful woman" during the Second World War. Back then, it was designed to steer torpedoes, today, we've found a more peaceful application. Bluetooth separates data into packets and sends each through 79 designated 1 MHz wide channels while hopping between them at a breathtaking 800 times per second. This improves both bugproofness and signal robustness against electrical interference from other devices.

What are the applications?

Bluetooth is often used in entertainment, control and communication systems like hands-free car kits but the technology has already spread to other areas. Many toys now feature Bluetooth, e.g. through accessories like game controllers or "smart" dolls that talk to each other. Alarm and security systems frequently use Bluetooth and so do key systems, prosthetics, hearing aids and insulin pumps. Along with WLAN, Bluetooth has already become the go-to technology in the industry to interconnect machines and computers. It is estimated there are now more Bluetooth-enabled devices than humans on our planet. Bluetooth is ideal when speed is secondary as the maximum bandwidth of 2 Mbit/s ranks far below that of WLAN or cable solutions.

For security reasons, first-time connections between devices have to be manually confirmed through a process called pairing. For this to work, devices have to be placed in close proximity and pairing triggered manually, usually through a dedicated button on the device. Pairing a device with a PC requires pressing a software button. Each device is identifiable via a unique 48-bit MAC address and authentication often happens through a manually entered PIN code. Once paired, devices will reestablish the connection automatically the next time. Though Bluetooth is often considered a short-range technology, the actually supported range varies depending on the device class used and ranges from 100 meters (class 1) to less than 10 meters (class 3). Most consumer devices are class 2 or class 3 devices and, naturally, surroundings also play a role since walls may decrease signal strengths considerably. 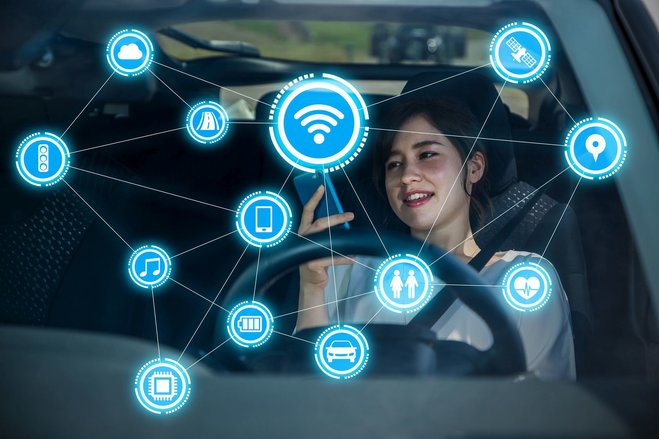 Bluetooth supports several data types through different profiles. For example, audio streams use A2DP while sensor data is transmitted via GATT. Depending on the use case, each device category supports a different set of profiles. Cellphones include multiple profiles, since they usually offer a comprehensive feature set (sending photos, telephony, headset connections etc.) while devices like temperature sensors are usually limited to a single purpose and profile. Some profiles implement special security mechanisms. For instance, devices like pacemakers or respirators , for instance, must provide a high degree of reliability so transmission errors are a no-go. The number of new profiles has been steadily growing ever since the advent of the Internet of Things (IoT).

Security Apart from increased power consumption, which may have a negative impact especially on mobile devices, security issues have long dogged this technology. Experts still recommend users disable Bluetooth whenever possible and developers naturally took this advice to heart. Beginning with version 4 (2010), 128-bit AES-encryption was added to improve security. Still, there was (and still is!) the danger of unsolicited pairing. Usually, each pairing request must be manually confirmed, however, a vulnerability was discovered in 2017 that enabled attackers to connect without prior consent and access data or install malware. It didn't take long for updates to arrive but many devices like smartphones, cameras or toys are still using outdated Bluetooth implementations - so they remain vulnerable. Up to five billion devices are likely affected. The current Bluetooth v5 features enhanced signal penetration and increased speeds of up to 2 Mbit/s. Once again, security has been ramped up - as it has been for over a decade now. When (and if) Bluetooth will finally be a secure technology, is one of the more interesting questions. In any case, adoption rates will continue to rise as Bluetooth is just too handy and affordable a technology to give up! What I would like to know: Do you use Bluetooth devices or do you stick with cables and WLAN? How has your experience been so far?
Back to overview