The return of a classic: A review of THE C64 Maxi

Some experiences are exceptionally formative. I had one of them on my birthday in 1985, when my heart was racing as I opened my presents. An elongated box immediately caught my eye. I tore it open and stared at the magic letters that said Commodore C64 MicroComputer. A bunch of disks and two joysticks were also included. It was a life-changing moment! This intriguing "bread box" would teach me the value of patience and the fundamentals of the BASIC language. The fascination for technology and the drive to explore I felt that day would take a firm hold and stay with me for the rest of my life. Now, the C64 is back, kind of. Same design but contemporary hardware. Naturally, I had to try out this homage to a milestone of home computing. 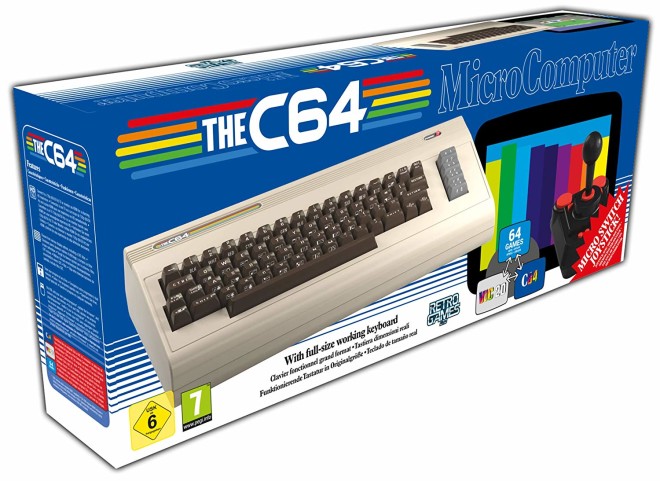 Though age has left its mark on me, I still feel a joyful anticipation as I open the (new) box. Perhaps it'll bring back some of the old magic? The packaging, though lacking the original lettering, is as true to history as can be and the computer itself is a full-sized replica with a working keyboard. The weight is a little off and key travel differs from the original but, all in all, the manufacturer has done a decent job of faithfully reproducing both size, weight and visuals. The famous Commodore logo is woefully absent, but I'll take care of that! Other package contents: A booklet (with quick start instructions), power supply unit and a low-quality HDMI cable that refused to work with my displays.

On to the most important accessory: the joystick. And let's face it: Nothing beats the original Competition Pro in terms of sturdiness, precision and sound. Still, the included replica features micro switches and was apparently built to withstand even joystick killers, like Summer Games. THE C64 Maxi is USB-only so all you veteran home computing fans out there won't be able to plug in your original joysticks or other peripherals (floppy drive, Datasette etc.). But fret not, at least as far as joysticks go, since there are modern USB-compatible replicas of many fan-favorites available at various quality levels and price points. So far, two weeks of passionate gaming haven't affected my Competition Pro replica in the slightest. We'll see how well computer and joystick will hold up in the long run.

As mentioned before, THE C64 Maxi comes with USB ports for peripherals and an HDMI port for display connectivity. This machine is not an exact replica of the original but an emulator housed in a case that closely resembles the cult classic. This becomes especially apparent once you open it up (I just had to look inside!). There's a lot of unused space, which makes perfect sense seeing as, by today's standards, the computing power offered here is dwarfed by the cheapest of pocket calculators. Enough talk about visuals, let's hook it up and take it for a spin. I am greeted by a nice logo that says "Retro Games THE C64" and prompts associations to glorious times past. Afterwards, a common carousel style interface takes over and gives way to the 64 pre-installed games. As I browse through the collection, I'm presented with title, synopsis, release date, author(s) and genre for each game. Nice! 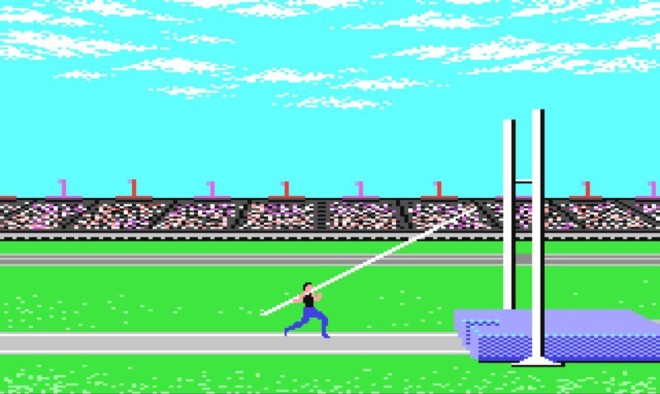 And then there's Classic Mode which sports the familiar light blue on dark blue design along with the glorious 38911 BASIC BYTES FREE message. Suddenly, I see my past self again, wearing tennis socks and watching Knight Rider while Boris Becker wins Wimbledon. Classic Mode not only comes with the design but also the limitations of the original machine: No RAM or software upgrades have been applied, everything is exactly as it was when Bill Gates still had long hair. This faithful reproduction of the past can be either a good and a bad thing, depending on your expectations. I'm pleased to say my Hello World program works flawlessly but I don't have time for a deeper dive into the innards of the BASIC language. You won't find instructions, let alone a tutorial, in the booklet (which some reviewers pointed out as a flaw) but, if you're interested in BASIC, there's plenty of documentation available online.

As for the games: There are 64 in total, including favorites like Boulder Dash, Cyberdyne Warrior and Impossible Mission. But, as with all pre-packaged emulators, there are always one or two important games missing. The good news is that, this being an emulator, the system reads ROM images of C64 games in the popular D64 or T64 formats from USB drives, provided the drives are formatted as FAT32 volumes. D64 worked better in my tests, even for multi-volume games, and loading times were acceptable. Not all games work flawlessly though. To be fair, the manufacturer is still working on game compatibility so this situation can only improve over time. In any case, the current firmware is already a major improvement over the disastrous firmware available at launch.

I recommend using THE C64 Maxi with smaller screens because, even though it supposedly outputs 720p, the now super-crisp, but still low-res, C64 graphics were never made for the giant TVs of today. To be honest, they already looked blocky on the much smaller displays from several decades ago. Displays up to 32'' are a good match. If you want to push nostalgia to the limit, use a CRT display. Important: Make sure your display has a built-in HDMI port or use a high-quality converter. Cheap adapters likely won't work. After all, this is an emulator for an anything but flawless legacy system—but it gets the job done fairly well under the circumstances. 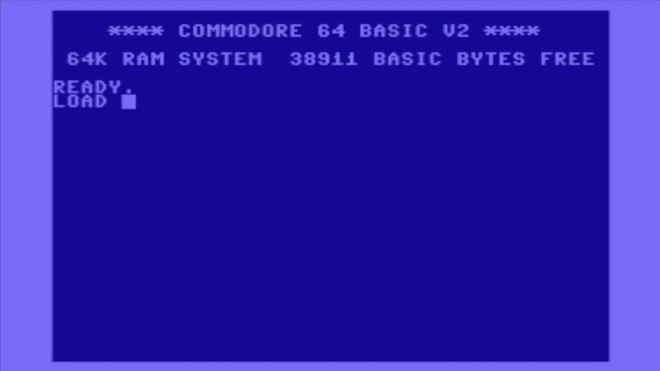 Basic mode—and my heart is jumping with joy

Want more retro feeling? Switch to VIC-20 mode. This, also legendary, predecessor has a smaller fan base but supports timeless classics like Asteroids, Choplifter and Pac-Man in even more rudimentary form! For me, the C64 mode perfectly takes care of all my retro gaming needs.

THE C64 Maxi is the finest piece of 8-bit technology I've come across in a long time. For around €120, you get the chance to (re)discover past gaming highlights complete with that warm fuzzy feeling of nostalgia a plain PC-based emulator can never hope to achieve. And nostalgia really is the operative word here. If you've never owned a C64 (or similar device), you may be having a hard time comprehending both the allure of the the product and this article. But if you owned, or still own, the famous bread box, and showed up in school dog-tired on more than one occasion because you just couldn't let go of that one Turrican II level, you'll have a whale of a time with this one. It's a blast from the past when technology seemed magical and not just an everyday thing that comes with smartphones, Netflix and the internet.

Addendum: I just noticed THE C64 Maxi is mostly sold out now, with the usual overpriced offers now creeping up on eBay etc. Be patient and make sure to also check smaller sites. I'm sure production of additional units is already under way.

What I would like to know: Did you own a C64 or one of the other popular home computers?