I recently had a chat with one of our US partners, who mentioned in passing that Ashampoo has now been around for 21 years and has certainly come of age. Since I generally tend to forget anniversaries, I wasn't aware of that. So I took a trip down my Ashampoo memory lane, which has been under construction for 13 years now, and reminisced about how it all started. Every now and then I get emails asking me to tell you more about Ashampoo and the people behind it–so here you go: Brace yourselves for pretty women, volcanoes and software in Low German. 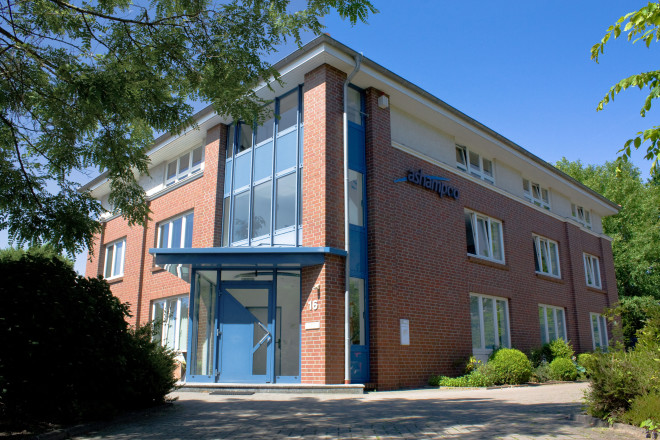 My job interview was already something else. Other companies had given me several days advance notice but not Ashampoo! I was on vacation, on my balcony on a scorching 30 degree sunny day, when the phone started ringing. It was Ashampoo's PR director and he wanted to know whether I could be there in half an hour, there were no other appointment slots available he said. So I jumped, first under the shower and then into my suit, and set foot into the hallowed halls just in the nick of time–and slightly out of breath. The interview took place in meeting room number one, and it wasn't just the CEO who greeted me but an entire team of people. The idea was to give the final word not to the executives but the people who would actually be working with me. A smart move that I learned to truly appreciate later on. So I gave it my all during the interview, in my sweaty suit and with six pairs of eyes resting on me, and got the job.

From now on, I was a member of Ashampoo's QA department as well as the author of the program manuals. What would be a fairly regular job at other companies turned out to be a stepping stone towards all kinds of positions at Ashampoo. Our CEO, Sebastian Schwarz, originally started out the same way, and so did our director of sales. You were supposed to show what you were made of first and then advance to a different position, if appropriate. And there was no grace period either. I was thrown in at the deep end from day one: These are our programs, this is the help authoring tool, now get to work. In case you're still using UnInstaller 2: I'm sorry! The second half of the manual was my first ever help project! Before, I had worked for a fairly large, and slow, corporation, and it didn't take me long to notice the striking differences regarding company philosophies. At Ashampoo, we were few and like a family. Good ideas were heard and quickly implemented. There was little to no red tape, no planning committees or other impediments. Some projects were born during casual chit-chats and instantly took off once approved by the boss. Our offices were anything but sterile process-optimized high-tech environments. You were free to personalize your room to your liking, including the background music, and there was no timekeeping. This doesn't mean we were slacking off though, especially when a release deadline was fast approaching: Tempers flared, plenty of midnight oil was burned, and weekends weren't always off limits. 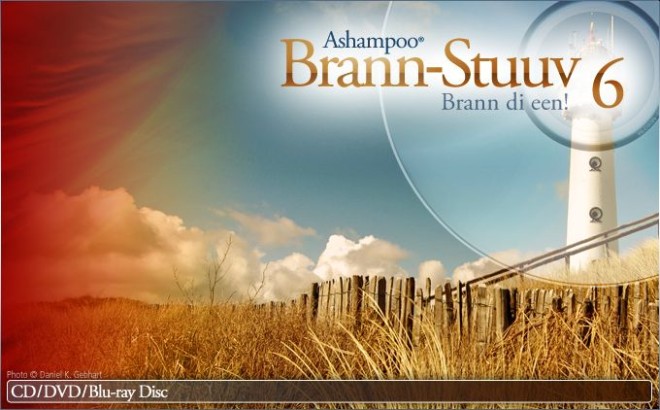 Software in Low German–made with love

Edgy characters have always shaped the face of Ashampoo. Our former PR director, Johann Lüppen, was a particular specimen. A full-blown East Frisian and fan of Low German, it was his heartfelt wish to add Low German support to the user interface of one of our current programs–an expression of his love for his region and, of course, a funny marketing project! But how do you translate modern IT lingo into the Low German dialect? We got help from Plattdütskbüro vun de Oostfreesche Landschop (Office of Low German of the Regional Association Ostfriesische Landschaft) that gave our Burning Studio 6 a general language overhaul. "Ashampoo Burning Studio" became "de Ashampoo-Brann-Stuuv 6"–with a lighthouse and coastline on the start page in the interest of style. A few hiccups popped up: Suddenly, parts of the regular Burning Studio were in Low German, there must have a been slight mix-up of language files, and especially South German customers expressed their puzzlement. Even though it never sold like hotcakes, the media response was huge and it felt like we had somewhat built a small monument to our home.

Ashampoo has a tradition of company outings, three to four-day events not just for celebration but to get to know your coworkers better. Upcoming projects are casually discussed without time constraints and team spirit is significantly strengthened. Our biggest adventure so far has been our 2010 trip to Iceland–including our escape home. Because, while we were thrilled to experience this beautiful country first hand, Eyjafjallajökull suddenly began spitting fire and ashes! We were blithely scampering around a volcanic lake when our bosses made a momentous decision: We had to get back home before flights would be banned, trapping us on the island. By the time we got to Reykjavík, it was already too late: All flights had been canceled. In what could be described as an organizational masterstroke, our then bosses Rolf Hilchner and Wilhelm Bogena quickly rented two buses headed for Akureyri, the last still open alternative airport. 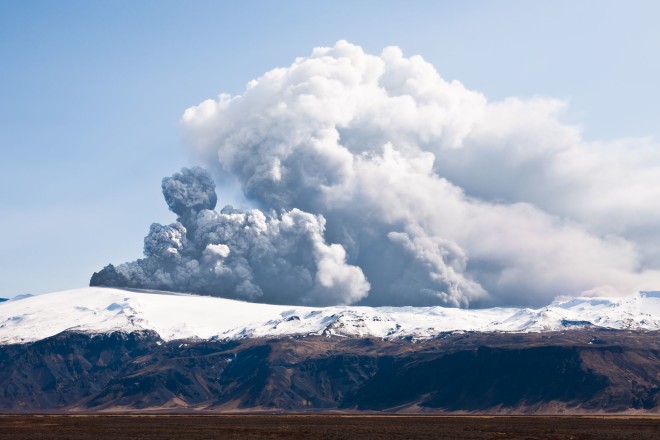 Showdown with a mountain

The buses had no suspension. Our driver wore clogs and a big smile while he was putting the pedal to the metal, just barely staying ahead of the cloud of volcanic ash that was chasing us. It was an eerie sight. Our arrival again left us breathless: We were looking at an improvised refugee camp and a flood of people. After four hours of waiting in line at the security gate, we were finally allowed onto our plane–only to suffer another shocker: The runway was exceptionally short and sat between water on one and mountains on the other side. This is where a big airliner was supposed to take off? Things got a bit dicey. With the stern wheels almost in the water, our pilot went full throttle and into a steep ascend to make it somewhat across the mountains–and so did our heart rate! It took a while for us to settle down before a sleepless night took its toll. We made it and I almost kissed the ground in Amsterdam. Another outing got me the job of senior editor: I had written and sent around a whimsical text about a trip to Oslo–without any ulterior motive. That was apparently enough proof of talent and I moved into my new office a few weeks later. That's Ashampoo for you ladies and gentlemen!

Our sponsorship of the Miss Germany pageantry has always been one of our highlights. Ashampoo founder Rolf Hilchner's nose for profitable deals was still intact and our name prominently placed on the sash. The freshly-minted Misses always went on a PR tour after the show–and this included a visit to our company, of course. Completely unannounced, the door would open one day of the year and see a dazzling female beauty strut inside, leaving many a shy colleagues speechless with playful smalltalk. And even though it was mostly a PR stunt, we still took pride in "our" Misses, being still a small company and all. More surprising than any visit, however, was how new business ideas were born. You never knew which field they'd be coming out of. Here's an example: Two guys are sitting in a room bouncing and spitballing ideas on how to provide tailor-made customer mailings as a service to other companies. Is there a need for this? Could it be a viable business model? It sounds interesting so why not give it a go! This is how CleverReach, our sister company, was born–a success story in its own right. 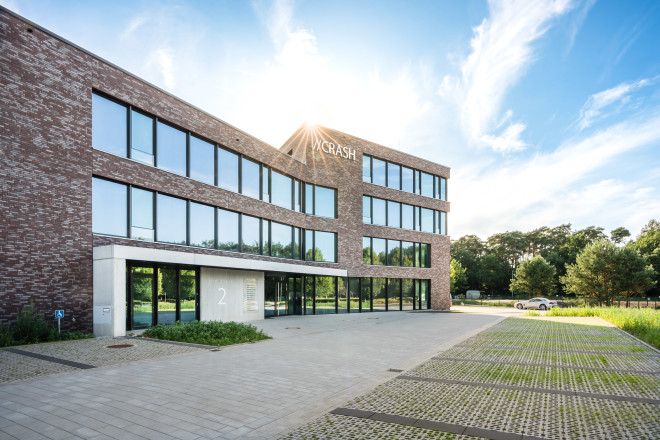 With continued growth, now including several sister companies and a staff of over 100, it was time to say goodbye to our old confined office building in Oldenburg. In 2019, we relocated to our new //CRASH building in Rastede–with bag and baggage. And even though, today, everything looks snazzy and processes have become a little more structured, we're keeping the old spirit alive. There are no strangers here and once you're on board, you won't be leaving any time soon. 21 years of adventure, friendship and software. May there be many more to come!

What I would like to know: When was the first time you heard the name Ashampoo?