Does this sound familiar? With a good friend, you can stay separated for several weeks or months without feeling disassociation. As soon as you meet again, you feel like you have just had a barbecue the other day. It's nearly the same with Windows 10. Never before has Microsoft provided so many users with a reliable beta version of their operating system. When I installed it on my machine on June 29, it immediately felt familiar. 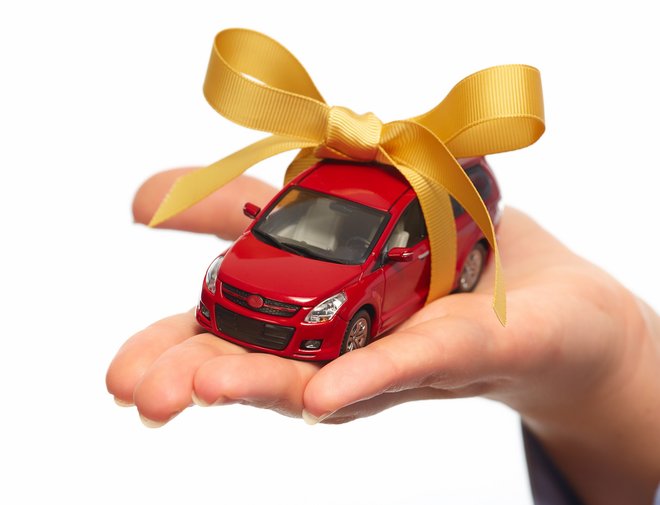 What car makers should learn from Microsoft

This is one of my dreams: The moment a car manufacturer puts out a new model, I would like to have it in my garage by the next day, freshly cleaned. I could even bring myself to fill it up. After all, I have bought the predecessor and have been happy with it to this day, even recommending that model to my friends. Who knows how many of my friends have purchased the same car because of my great experiences. Alas, this dream of a free car upgrade will most likely never come true. But it is true for Microsoft. You are almost coerced into upgrading to the latest version of their Windows operating system. Weeks ago, the company from Redmond had already installed a tiny icon in my task bar next to the clock that allowed me to check whether my machine was ready for Windows 10 and make a proper reservation. How much you ask? It was entirely free! This operating system comes at no charge to all users of Windows 7 and Windows 8. Since June 29, all it takes is a single mouse click to download the 3 GB setup file and start installing Windows 10 on your machine while preserving all existing settings and applications. Kudos to Microsoft. 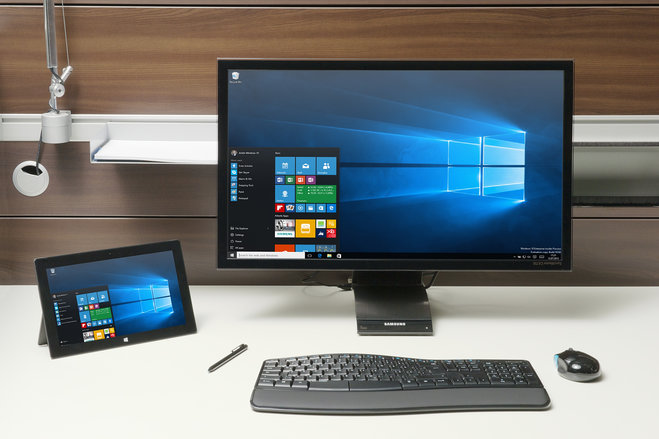 There are a few German expressions that never made it into my everyday vocabulary because I simply dislike them. This includes "verschlimmbessern" (literally "enworsenhance"). The Duden (standard dictionary of the German language) already has it. If there is one scenario that truly deserves this expression it's what happened to the start menu in Windows 8. Everything that made it so useful and versatile, the ability to access personal files, applications and settings, was cut out, most likely by bleary-eyed programmers. But now, Microsoft has come to its senses it seems because Windows 10 comes with a start menu that has even been visually overhauled to make up for the previous blunder. The new blend of traditional menu and modern tile view is a real blessing. Thank you Microsoft.

Windows 10: The definition of entertainment

It takes roughly one year before the sweet babbling of babies turns into comprehensible speech. It took 4 with my smartphone until Apple finally got speech output right with the iPhone 4s. I know these two things can't really be compared but it shows that our fast-paced world of tech may spin a little slower every now and then. Google and Microsoft weren't lagging behind much with their smartphone systems, the latter company even calls it Cortana, a reference to the artificial intelligence in their popular Halo franchise. With Windows 10, Microsoft brings this technology to their desktop system. I can now schedule calendar appointments or receive weather updates using only my voice. The system can even tell jokes, though they are a bit outdated. Maybe the repertoire of jokes will eventually receive an update as part of Microsoft's new life-long update strategy. 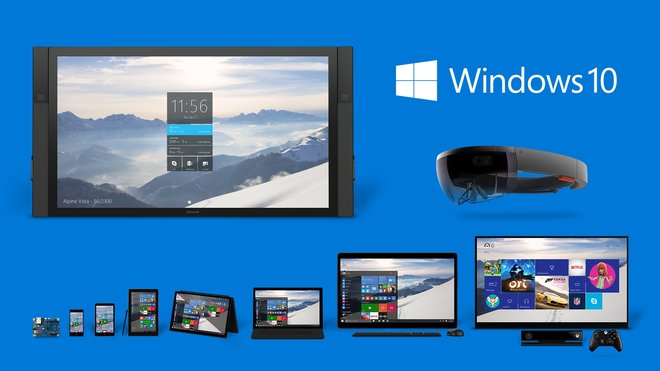 By now you must have noticed: I wholeheartedly enjoy using Windows 10. It's free, the installation is swift and there are no technological hurdles. But where there's light, there's shadow. Some things just never change. This includes the fact that Windows 10 accumulates junk data over time while getting slower and slower. I was hoping that Microsoft would take great care to deliver a lean system but I guess you can't have your cake and eat it too. So, WinOptimizer 12 will stay on my machine and do the dirty work. I would have also liked an operating system that would analyze the health of my drives but no luck there either. Maybe this is a subtle attempt at getting users to rely on cloud backups but I'd still like to know beforehand whether some of my drives are about break down! This is why Ashampoo HDD Control 3 also retains its honorary spot in my list of installed applications to protect me against imminent hard disk crashes. But you see, the points of criticism are few. I for one will gradually switch the PCs of my small family over to the new system and should I encounter any catastrophes in the process - you will be the first to know!

Windows 10 Images © 2015 Microsoft
Back to overview