A blanket by any other name?

As a computer scientist, you're constantly faced with English expressions. That's why I didn't waste much time thinking about how to communicate during my vacation in England. My girlfriend even suggested that we help the elderly among our tour party with any translations, if need be. Sure, you've got to help where you can... It was on the ferry to Dover that my deep confidence was rattled. 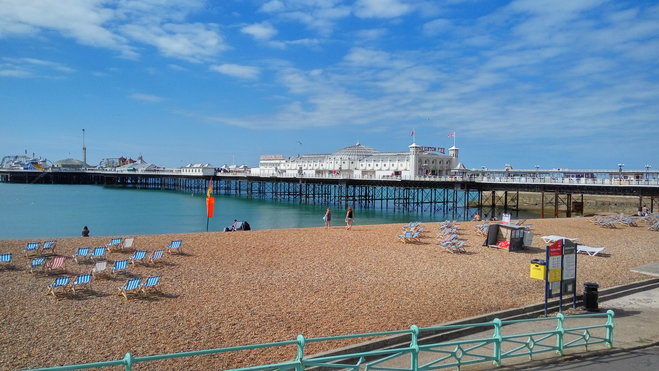 A nice family sat down just a table away from ours and, through the general hubbub, I managed to recognize a child's voice - "Arry Poutah". While the girl kept repeating these words in excitement, I thought of Indians, ancient gods or mountains in Wales that might have this name. A moment later, she pulled a book out of her backpack and set it on the table. It was Harry Potter. It seemed I was in for a rough ride.

You try to prepare beforehand, e.g. to avoid getting run over in left-hand traffic, being puzzled by foreign looking sockets or ending up with baked beans and sausages at the buffet and I was fully aware that my hosts wouldn't speak the Queen's English. No big deal I thought since most Germans have a dialect, too. What was totally new to me was that, occasionally, I wouldn't understand a single word. It's a strange feeling when you stand in front of a hot dog vendor who is iterating the 20 ingredients of his dogs (18 of which I couldn't make out) with an unfamiliar accent, I would have happily settled for the sausage alone. 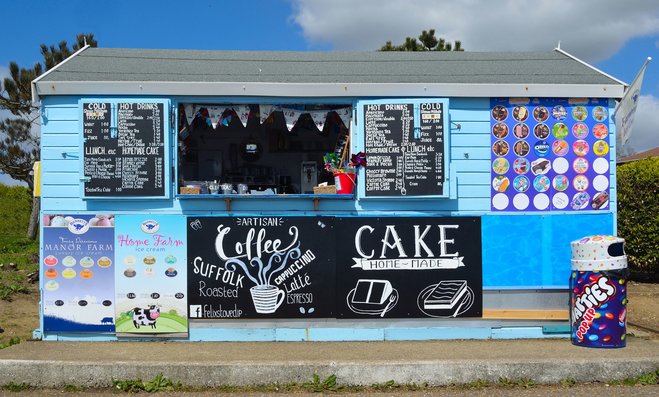 I was also afraid to make mistakes. So I took a deep breath and tried to blend in with the locals. When I was addressed with "love" and "darling" at a local beauty shop, I felt seriously charmed and only afterwards did I notice that this was the default form of address for all customers. That's one serious blow to your ego! On top of that, it quickly became clear that the words you learn through English songs are rarely applicable during a vacation stay. What's with all the love songs? If Queen had written songs about spices, traffic signs or snacks ("Culinarian Rhapsody"?), it would have been way easier for me!

English couples seem to sleep under the same "blanket". Honestly, I did not know that and this habit would surely lead to a lot of dead-serious nighttime squabbles in Germany. And so, I happily strolled to the reception to ask for an additional "blanket". When we returned from lunch, we found the two roughest wool blankets in the history of mankind on our bed. Darn. Germans tend to sleep under a single cover. Sophisticated combinations of several cover types are rare and so are special terms for them. Was it "sheets" that we wanted? I tried again, met with frowns, and 5 minutes later I was proudly handed a bed sheet by the staff. Filled with desperation, I picked up my cellphone, took a picture of the item in question and showed it to the receptionist while explaining that I needed another one of these things. It worked. The lady giggled and explained to me that this was a "duvet"! I had never heard that word before, how embarrassing. 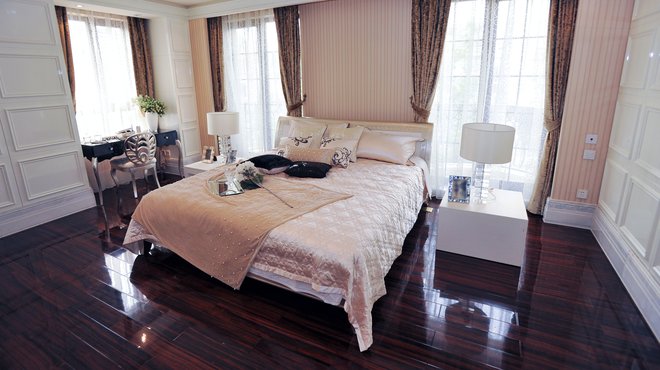 One bed, many covers, but what are they called?

Naturally, I thought of technical assistance and installed a translator app on my phone that even accepts and translates spoken English. But did I really want to approach the locals with a cellphone in your hand, talk into it and then read out the translation? That's what I imagine a conversation with extraterrestrials to be like! This might come in handy during emergencies but I reckon that most will find this approach rather awkward. As you can imagine, I rarely used the app.

Ultimately, among from the memories of stunning landscapes, friendly English men and magnificent castles, I've come to the realization that language skills need tending to. Or I might just take along Manuel, my faithful translator, on my next trip and disguise the whole affair as a tax-deductible company outing. I'll certainly watch more movies in their original language from now on. Maybe this will gently fill me with knowledge of duvets, loos (toilets) and pushchairs (strollers).

What I would like to know: Do you feel you've truly mastered a foreign language? Be honest!