The stuff tech dreams are made of : rare earth metals

When you look at your cellphone or any other LC display, you're looking at a product that contains rare earths. Nearly all electric cars, computers and various medical devices contain elements that had to be wrested from the earth. For example, cellphones contain almost half of the elements in the periodic table. Still, the importance of rare earths is underestimated by many. Read on to learn why the extraction process is complicated and what this means for the environment!

However rare these elements are, their breadth of use is extensive. Fuel cells, contrast agents, lasers, electric engines, wind turbines, solar panels, TVs and other high tech goods all depend on them. Since these products are of high relevance to science and the economy, they're often referred to as key technologies. In other words: Without rare earths, assembly lines at Apple, Tesla, Samsung and others would quickly come to a halt. The search for alternatives is ongoing but very few make it into mass production. Understandably, rare earths have long been a bone of contention driven by economic interests.

The extraction process is extremely technology and labor-intensive. Rare earths don't come as large ore deposits, unlike iron. Instead, they're often mixed with other metals. Extraction requires acids, bases or chloride to break down the ore, creating large amounts of contaminated soil in the process. Contaminants include heavy metals or even radio-active materials like thorium that are "stored" in dedicated facilities - or lakes. Consequently, many countries object to the extraction since no-one likes toxic waste in their backyard. That's why countries with less strict environmental laws (China, India) or secluded extraction sites (Australia) are key players in this business. The US used to be the main supplier until China undercut them to the point where extraction was no longer economically sustainable. 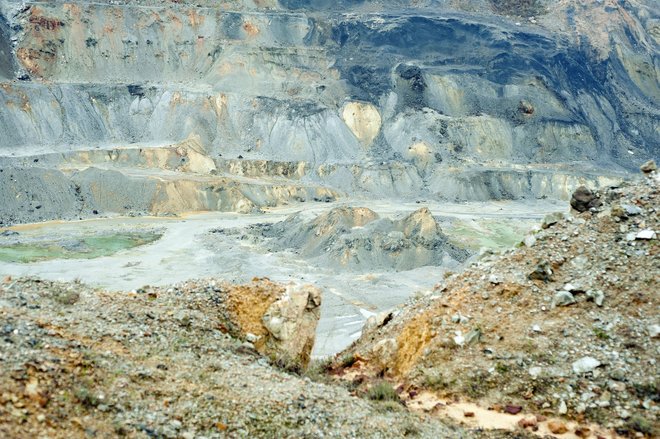 The price of extraction: Toxic landscapes

Today, China has cornered the market - to great effect both economically and politically. Time and time again, export constraints shook the high-tech industry and the latest trade war between China and the US doesn't help matters. To the astonishment of business insiders, penalty tariffs were imposed that have the big players in Silicon Valley gasp for air and may significantly harm the US economy. Naturally, scarcity of resources and skyrocketing prices fuel the global hunt for new deposits, from Brazil to Australia, all across the US and all the way up to South Greenland - with some success. Still, environmental regulations and labor requirements have yet to be carefully examined to determine whether extraction is a viable endeavor in these cases.

Reclaiming existing sites, for example in the US, also involves a high degree of complexity. Not only are proper permits missing so is the technical knowledge of modern extraction methods. All these hurdles considered, recycling, often shunned by companies, suddenly seems a viable alternative. Instead of simply disposing of technical waste to Africa and thus poisoning entire regions, one could also recycle it. But since this is cost-intensive, companies choose to carry on lackluster research into new extraction sites. While recycling gold, silver and other metals is fairly straightforward, rare earths frequently include other metals that are hard to separate. By the way, the recycling rate currently sits at an underwhelming one percent.

Of course, companies are desperately looking for ways to lessen the dependency on their providers. For instance, the elements neodymium and dysprosium are featured in super-strong magnets that can replace gearboxes and lead to low-maintenance requirements. They are used in many Chinese wind turbines. But, what sounds like green energy has severe environmental implications during production - just not on our doorstep. European manufacturers are currently trying to scale down resource requirements through technologies like superconducting high magnetic field coils that could eventually replace permanent magnets. We're still years away from general market availability, though, so China will continue to have a strong bargaining chip for the foreseeable future.

What do you think? Should we enter into long-term dependencies just to save some money?