All games under a single roof - Steam

There's hardly another software that is as controversial as Steam, even 15 years after its debut. Some gamers refuse to buy games that require activation through steam while others rejoice at the opportunity to manage all their software in a single place and never tire of praising the various additional features. Whichever side you're on, Valve has definitely pioneered online software distribution. But what exactly is Steam, why does it matter and what are its strengths and weaknesses? 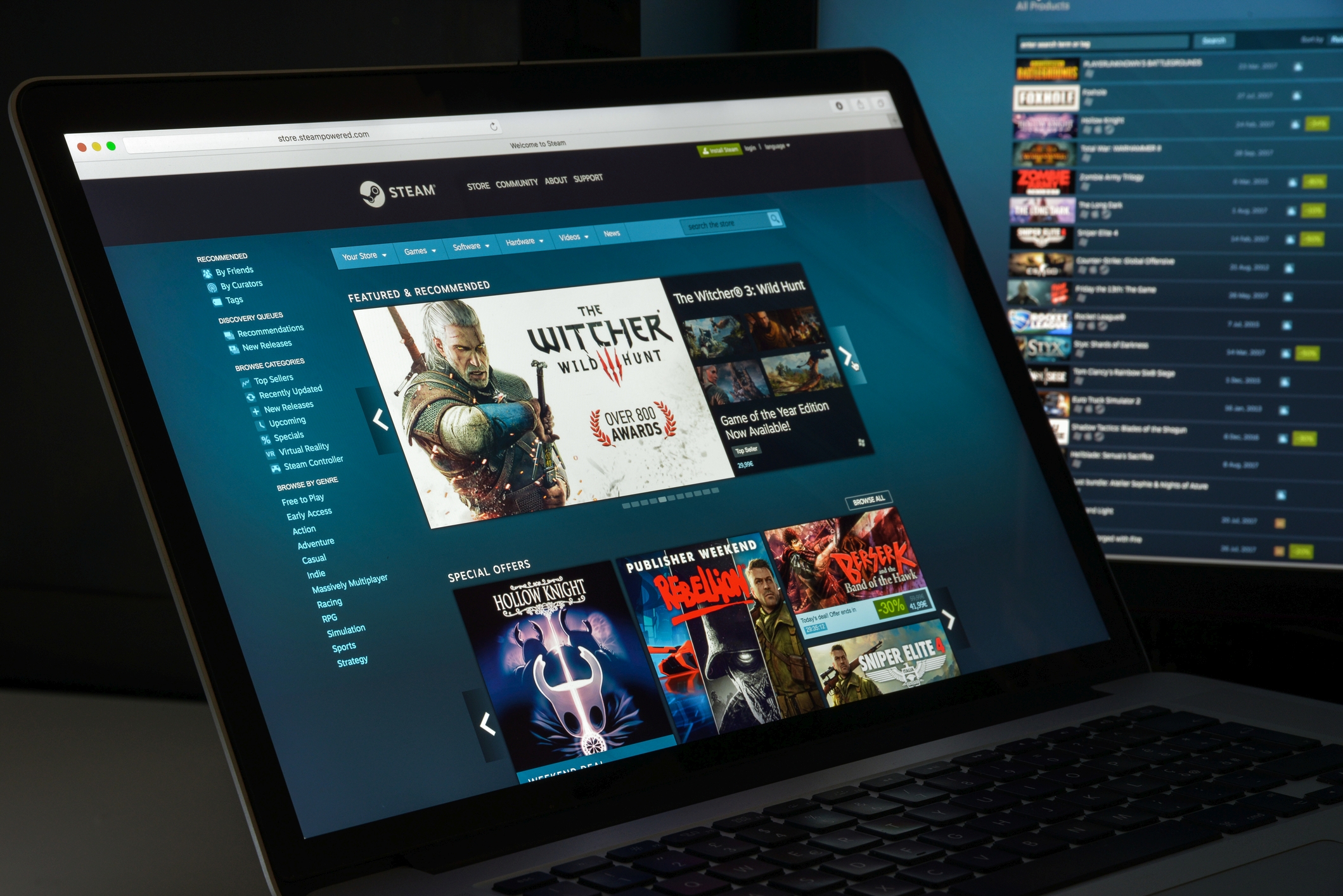 The humble beginnings of Steam date back to more exciting times near the end of the millennium. Back then, internet flat rates gradually became en vogue and multiplayer online games slowly took up steam. Valve had positioned itself very well with Team Fortress Classic and Counter-Strike and had their hands full trying to manage endless droves of players through their servers while, at the same time, keeping cheaters in check and facilitating inter-player communication. While wrestling with these issues, the developers had a sudden inspiration: What if the player management software could also be used to sell and distribute software? They were hoping to get existing platforms like Amazon, Yahoo and others on board but these companies refused - and are probably still kicking themselves to this day.

2005 saw an outrage over legendary shooter Half-Life 2. Everyone wanted it but a Steam account was obligatory as the game had to be activated online - a veritable scandal! Detractors didn't take long to come out of the woodwork and predicted the imminent demise of the company, swore to boycott their games and to never install "surveillance software". Because, at the launch of every game, Steam validated the license and checked whether program files had been tampered with. For that, Steam had to run permanently in the background and Half-Life 2 could not be run otherwise. These details were excluded from game descriptions which is why many infuriated customers begrudgingly returned their newly purchased copies of the game. Still, Half-Life 2 was a huge hit and Steam remained an integral part of Valve's games, despite the naysayers.

In 2007, Steam had 13 million users, a nice success but not a rousing one. Steam was still considered an evil form of copy protection and turnover growth fell behind expectations. To help shake the bad reputation, more and more features, like friends lists and chats, were added to the software. The goal was to create a sense of community and to avoid the feeling of isolation frequently associated with "serious" gamers. Valve also began offering their services to third parties, with the option to host and sell their software without the dependence on physical boxes or selling space but with dedicated ads, detailed sales statistics and digital rights management. It was the birth of Steamworks, a service that allows software companies of all sizes to register and obtain a list of requirements their software must meet to be distributed via Steam.

Opening their platform to others had interesting consequences. Smaller game studios suddenly had a distribution channel with a world-wide audience but without the costly need for physical copies, cover designs and external publishers. They could now easily set their own prices and release dates. Without the aforementioned hurdles, the gaming market skyrocketed and many indie games began their victory march. Naturally, Steam took their share of the profits (between 30 and 40 percent), but only for titles that actually sold. And thanks to Steam's early access program, financial straits could no longer harm small studios as they could now sell alpha or beta software to help fund their work. In the past, developers usually received around 10 to 20% of the sales price in profits. With Steam, that rate went up to 60% - a windfall for creative minds.

2011 saw a milestone in gaming history that firmly established Steam on millions of machines: The Elder Scrolls 5: Skyrim, still considered the pinnacle of role playing games (RPG) by many. Users that experienced Steam in 2011 for the first time were spared most of the original shortcomings. Today, Steam manages software updates centrally and syncs savegames for many titles with user accounts to facilitate switching between machines. Once installed, Steam will download purchased titles and restore savegames as needed. A giant community around Steam creates both useful and entertaining mods (modifications) that are then made available to the general public, usually free of charge. These mods enhance game visuals (including Skyrim) and provide bug fixes or even new content like extra missions. Steam also features player live streams and curators that point out potential snags and shortcomings to help buyers decide whether a game is worth purchasing.

Technologically, the platform also continues to advance: Big Picture mode ensures games look great on humongous displays, like next-gen TVs, and that gamepads work flawlessly. Gamers can use Silk Chat to communicate, share games with family members and marvel at past in-game achievements. Besides Windows, the Steam client has also been available for macOS, iOS and Linux for quite some time now, prompting game developers to add support for these platforms. Steam sales are particularly noteworthy as they regularly eat away at the wallets of quite a few Ashampoo employees. Sure, Steam is first and foremost a distribution platform with the goal of high sales but twice a year, both the Summer and Winter sales, and the joyful anticipation, create quite a buzz at Ashampoo with everyone hoping their favorite wishlist item will be part of the offer. Prices are drastically slashed with hundreds of games going over the counter in a matter of minutes. The first Steam sale took place in 2007 and has been a staple of the platform ever since. 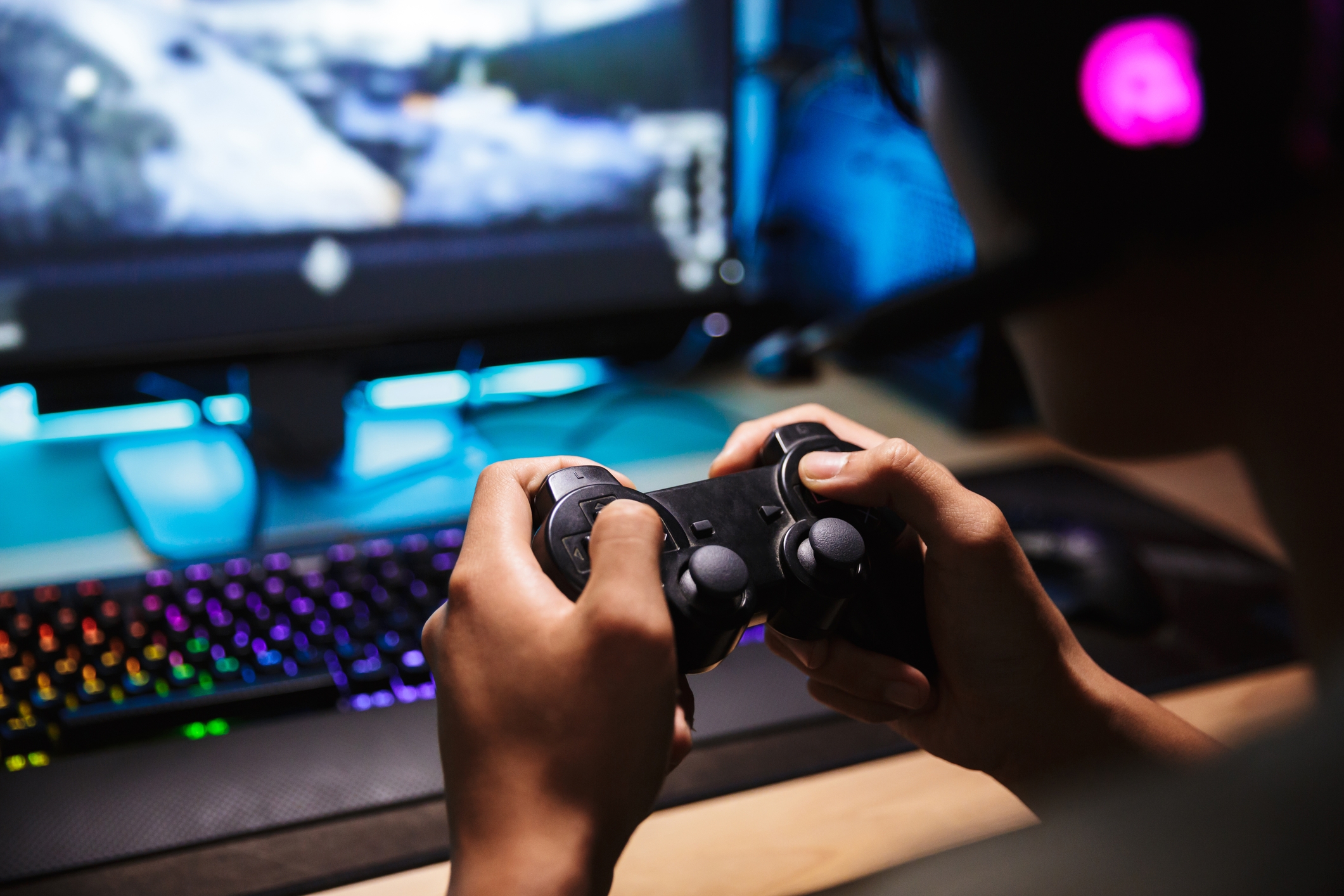 Steam has established itself as a multi-purpose hub for all things gaming and has improved its reputation quite a bit. Nonetheless, there are still a number of negative aspects. For instance, there's little to no offline playability without prior account verification. Boxed games purchased at brick and mortar store feature Steam codes still require online activation and reselling games is not possible, a restriction that already had Valve appear before the European Court of Justice - in a case they ultimately won. Moreover, gamers are entirely at the mercy of Steam's network so any server or authentication issues instantly result in games being unplayable. Likewise, Steam has the power to exclude older operating systems at whim, as they've already done with Windows 98 in the past, when many were still using the OS to play their games.

Like Windows 10, Steam features mandatory unskippable updates. And age verification seems to be taken rather lightly as there's no need to present ID of any kind other than inputting one's name, address and bank account information. This enables teens to obtain PG-18 content without any hassle. Others complain that some games are censored/cut in certain regions or not available at all even though the reasoning for that borders on the absurd. Data privacy is another controversial matter. Naturally, details about played games and owned hardware are much sought-after by developers that seek to optimize their products for maximum success. Valve's terms and conditions have also been the subject of heated debates and have been contested a number of times in court.

You see, there's no gaming pleasure without caveats ... Currently, Steam is the market leader but pressure is mounting. Ubisoft's Uplay, Electronic Arts' Origin and particularly Epic's Games Store are highly competitive, not least in terms of pricing - and that's a good thing, competition is good for business. In any case, Valve will be forever known as the company that pioneered and implemented a new concept against all odds. As controversial as online activation may be, it is still an effective means of combating piracy, which is why it is now used throughout the industry. What I can't wrap my head around, though: Steam is supposed to have been so labor-intensive, that programmers were taken away from Half Life 3 - so the game never saw the light of day. Why Valve, why ... Reason enough to silently cry myself to sleep at night.

What I would like to know: Do you use platforms like Steam or do you never purchase games online on principle? Do you even play on your PC?