The end of linear television?

When I was a child, we had magic hours throughout the day. The news were on at 8 pm on the dot, and a must-watch for everyone in the household. If you looked out the window then, you'd see an empty neighborhood of row houses and mostly abandoned yards and patios. In front of a turquoise green background, male and female newscasters read out one piece of news after the other, from a sheet of paper, stoic as stones and without batting an eyelid even in the face of the most devastating of disasters. We learned everything that happened in the world–and hadn't already been covered in the morning paper. Afterwards, it was entertainment shows with hosts dressed in ghastly sports coats or crime series featuring grumpy detectives in their mid-fifties who'd solve murder cases in gray cities. We had a whopping three channels and were anxious to arrange our daily routine around them. But is television finally dying, now that video and streaming portals are successfully stealing their viewers, both young and old? 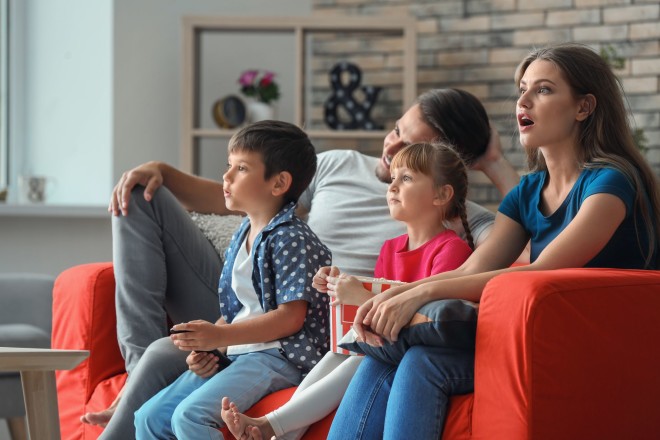 The battle for viewers isn't lost for TV stations just yet! At least for Europe, the numbers are still hopeful: In 2019, 80% tuned in every day, an impressive figure that beats YouTube (roughly 70%), which often serves as a radio replacement these days. Amazon Prime and Netflix come in at a far lower 50%. This may be due to force of habit (we probably all grew up with television) but also because of the quality of newscasts, which are still nowhere to be found on streaming portals. While TV stations may feel tempted to cheer at these figures, a closer look will give them pause. There's a huge generational gap between viewers. 87% between 50 and 65 regularly watch television, while only 67% of viewers under 30 do the same. And the younger demographic certainly favor video platforms (81%) and streaming services (73%). Important news to the advertising industry, who primarily targets a younger audience. Private stations that solely rely on ad revenue may start to feel a little nauseous at this point. Reason enough to incorporate more product placements and surreptitious ads into "documentaries" to make a few extra bucks–and water down their already frothy content even more? The voices calling for critical journalism that steers clear of the rich and powerful instead of low-brow entertainment are getting louder. Alas, it remains a rare breed in the landscape of television.

So why do many younger viewers dislike TV? Reasons vary. Many viewers no longer enjoy predictable nine-to-five jobs, which makes dead-set TV schedules a no-go. Then there's exclusive, and often much-coveted, content that is tied to a particular provider. Like the many big series that aired first on streaming portals and pay TV channels–and that feature lengthy plots that span across multiple episodes so you'd better not miss a single one of them (unlike my beloved Columbo that always started out with the status quo)! Some reasons are even simpler in nature: TV sets are no longer an essential commodity in many households, especially among young singles. They've been superseded by PCs, laptops and tablets, many of them featuring big enough screens to offer sufficient viewing pleasure, from small apartments to dorm rooms. That is why less then half of viewers under 30 believe traditional TV still has a future. Naturally, TV stations are reacting to this trend, e.g. by setting up their own media portals and reinforcing their news and life advice sections to emphasize their core strengths. However, more often than not, only small portions of their regular programs are available online, with complete seasons remaining a rarity. On the other hand, internet-based TV has its pitfalls: Smart TVs or the ever popular Amazon streaming devices frequently suffer from flaky TV apps or poor handling. The jump to the online world still poses a challenge for many, even though it has been around for decades by now.

Our traditional rituals are another victim of the current trend towards selective online viewing. We used to make jokes in the past that TV turns a family circle into a semi-circle. Today, only 11% watch TV as a family, the rest usually watch alone (48%) or with their partners (41%). The younger the viewer, the more likely it is they'll watch TV by themselves. Here's an example: When I was young, "Star Trek The Original Series" was my sci-fi highlight of the week. There was nothing else available. Today, I can not only select between all possible Star Trek series, with hundreds of episodes, but have instant access to countless other sci-fi series and movies. And there's pay TV with dedicated sci-fi channels for 24-7 entertainment. So did I watch TV with my (grand)parents in the past because we had similar tastes? Nope, there simply wasn't enough variety and I only got my own TV set much much later. We agreed on the smallest common denominator, and that usually meant Boris Becker, luckily. If the situation became unbearable, you'd simply grab a good book and move elsewhere. Had I had the alternatives we have today, I would have been over the moon! 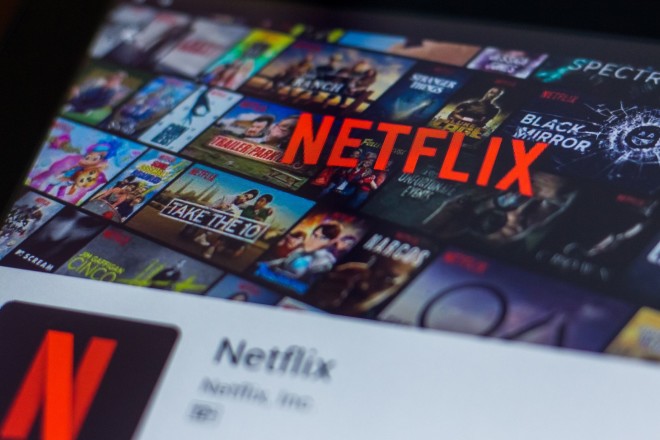 Naturally, you can't talk about TV without some mentioning of ads. We all know private TV stations can't survive without ad revenue, but that doesn't render the present situation any less disagreeable. The movie's coming to a climax? Now would be a great time to blast my ears with details about sanitary napkins, treat me to a bunch of croaking chocolate-craving kids or show me what's next on your station, don't you think (you televisionary hucksters)? On top, most commercial breaks are excruciatingly long. Who'd want to watch the first movie in "The Hobbit" trilogy and risk staying up past midnight–on a week day? I also don't take kindly to overlays that plug some grouchy host and his cooking show and instantly flambée the thrill and excitement of what I'm actually trying to watch. If you devalue your own content to this extent, don't come crying when people stop tuning in! Besides, it'll be next to impossible for traditional TV stations to match the ease and comfort of streaming services: no disruptive overlays and only a brief program reminder in between episodes. That, I can live with!

So television will have to change to survive the competition. Being free, as in free TV, alone won't cut it. Viewers are willing to pay for quality content, as 171.77 million Netflix and 150 million Amazon Prime subscribers can attest to. Permanent availability, highly diverse content and being ad-free are factors that will shape the coming generations of viewers–and they won't settle for low-budget shows with a spinning wheel as their main attraction, no matter how cozy the past decades have been!

What I would like to know: Do you still watch TV daily? What could TV stations do better?