I recently had a pleasant chat with an acquaintance of mine about our jobs and related news. He's a chemist and talked about plastics that remain malleable at specific temperatures and are based on renewable raw materials (it sounded more fascinating in person). My topic was somewhat predictable: Windows 11! He had only seen a few screenshots and asked me whether the OS was worth picking up. I was getting ready to refer him to a previous blog post but decided against it since a year of using the new OS had changed my perspective a little. Time for an update! 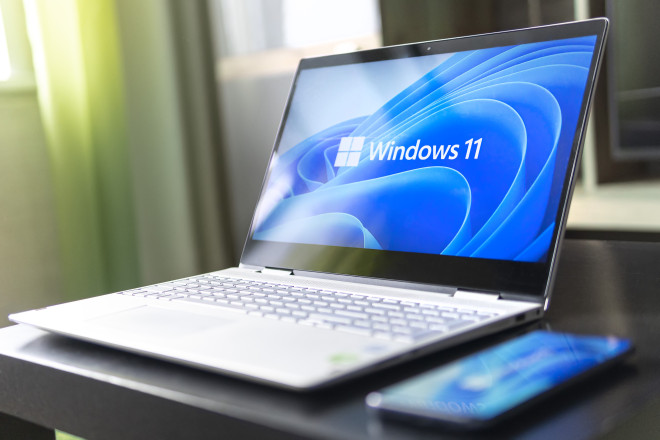 You've probably heard of the somewhat Microsoft-atypical design in Windows 11–with some applauding the smooth animations, rounded program windows and "floating" taskbar, and others bemoaning exactly that. I believe the case can be made that Windows is visually becoming more macOS-like and is setting new accents compared to Windows 10. Initially, the new design appealed to me. Now, I'd prefer the more "boxy" Windows 10 menu style. The predecessor feels more clinical and businesslike. Windows 11 features a less congested look with more minimalist menus–which is a pet peeve for many (me included), since it prioritizes nifty visuals over feature access! Right-click context menus now feature a "show more" button to access features that were instantly accessible before–ironically presented in the "original" Windows 10 style. That's not a deal-breaker per se, but it's one extra click! Same with the taskbar: Application windows are now always grouped into single (unlabeled) entries. Third-party software, or additional user interaction, is required to bring back separate entries with descriptive labels. And right-clicking the taskbar no longer allows access to additional features, e.g. Task Manager, but taskbar settings only. Once again, more clicks are needed to achieve what was instantly achievable in Windows 10. It's the flipside of an overly clean design–and it shouldn't be!

I can accept that the "start" button is no longer on the left by default, but I will not accept the reduced feature set. By the way, the start menu now seems to feature random content (including stuff I've never knowingly used). Only "All apps" feels somewhat useful. On top of that, it no longer uses a traditional folder-like structure but focuses on program shortcuts exclusively. That's fine if you only use a handful of applications, appreciate the cellphone app-like minimalism, or consider Windows a mere haven of design and well-being that also happens to let you browse the internet. I personally consider operating systems a means to an end whose primary purpose is to get me to my goal quickly and easily. Perhaps Microsoft will tweak the experience to this effect eventually. Right now, many users resort to Stardock Start11 to bring back the old start menu and to restore the original taskbar features.

Windows widgets have been a controversial topic since Windows Vista. Being presented with a load of tiles that feature tiny bits of information is a blessing for some and a bane for others. Weather forecasts, sports scores, stock market results, celebrity gossip, there's a colorful widget for everything. Naturally, a mouse click will take you to the Edge browser, now an integral system component in Windows 11. I gave widgets a spin and quickly realized that I can also get my news straight from the browser (and that I don't know 90% of today's celebrities). Unlike Windows 10, Windows 11 is once again pushing Edge and Bing hard–there's almost a tragic element to this strategy after all these years. By the way, if you're dying to get the colorful news treatment on your Windows 10 machine, install the Microsoft News app and you'll almost have an identical experience. 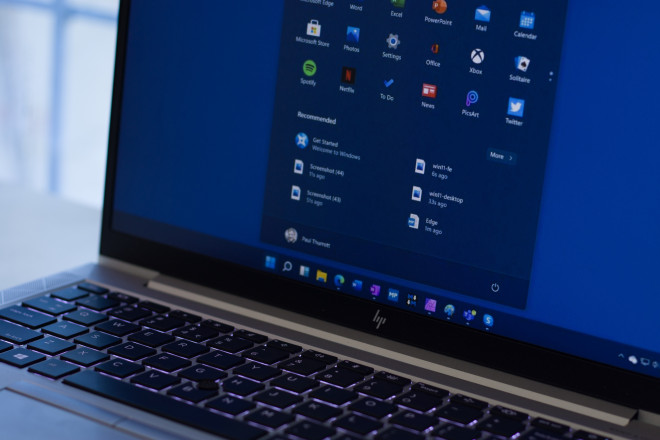 "Snap layouts", on the other hand, are a definite plus when you're working with multiple displays and lots of windows (as I usually do). Not only does Windows 11 suggest useful window arrangements, but it also remembers the position of each window–and even the display it was on. This means I can disconnect my three displays from my notebook and, when I reconnect them, my windows will instantly appear at their original locations. I'd honestly miss this feature as it provides genuine value. Alas, the same doesn't apply to the "new" file manager that feels borderline transcendental: It now displays a tiny toolbar with a few icons for common operations that requires relearning. And while I have gotten used to it, I fail to see why the change was necessary–not to mention the three dots that hide a menu with important features. Who ever thought that was a brilliant idea? The new file type filter is a neat addition but ultimately feels like an attempt to justify the new design by offering at least one genuinely new feature.

As far as settings go, Windows 10 was a constant source of grief. Microsoft tried to move away from the "old" control panel (which I liked) to a more modern presentation that mimics mobile OSes. They couldn't finish it on time for release, so they kept the old menus and added a few new ones, creating lots of redundancy and confusion. Windows 11 is a step in the right direction but not all the way there yet. And while the most frequent settings are accessible through the new more spacious design, the old control panel is still the way to go for some more in-depth settings. I occasionally find myself using the old approach (which looks and feels like an anachronism in Windows 11) simply because it has everything I need.

Reportedly, Windows 11 is snappier than Windows 10, but don't expect a speed thrill in real-world use. Updates, however, are supposed to be 40% smaller and should therefore install quicker. Then there's the much touted support for Android apps. What was an empty promise a couple of months back has become a reality– with some limitations: You can install "Amazon Store", but you'll need an Amazon account and the selection of apps. Overall, everything feels like half-baked. I wonder if Google's Playstore would have been a better option...

If you cherish stunning gaming visuals (and have the beefy hardware to boot), you'll be happy to hear that, with the right software, Windows 11 offers full HDR (high dynamic range) support for brilliant colors and better customizability, not just for games but also videos. Dramatic sunsets will look more, um, dramatic, and starry skies will have better-looking stars with higher contrasts. It's a fun enhancement, that even extends to non-HDR-enabled games once you enable "Auto HDR". Oh the excitement! Unlike Windows 10, which will receive bug fixes and security updates until 2025, Windows 11 is still under active development feature-wise, and it certainly looks and feels that way–for better or worse. 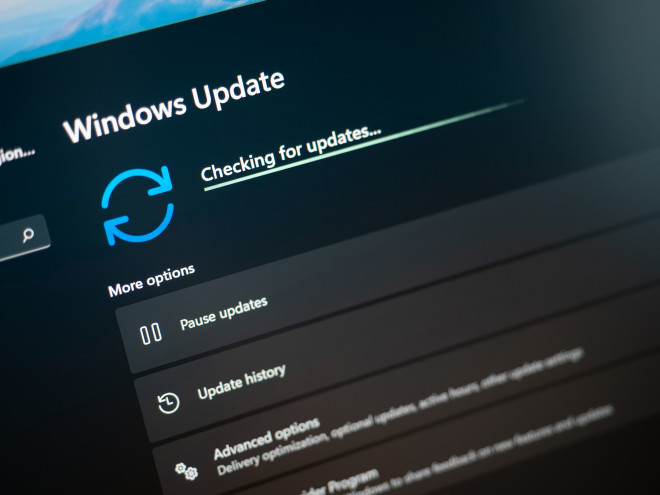 You see, not all that glitters is gold, and many downsides surface only once you try to be productive. That's why, of my four PCs, only two run Windows 11, and those two came pre-installed with it. They're perfect for gaming, web browsing, and entertainment. But, whenever I need to work productively and switch between loads of applications and files, I'm using my Windows 10 PCs. They simply require fewer clicks to get the work done. In the office, where I usually have several browsers and applications open across three displays, I'm enjoying the terrific multi-display support in Windows 11.

As for my friend, I recommended that he stick with Windows 10. The elegant user interface alone is no revelation, as was the case with Windows 95, XP, or 7. And Windows 10 will continue to receive maintenance and support until 2025, so, unless Microsoft comes up with a revolutionary new must-have feature, there's no need to switch just yet–even though the ads may suggest otherwise. To sum it up: Windows 11 has made solid progress since last year but is still held back by number of minor flaws.

What I would like to know: If you're already running Windows 11, how happy are you with Microsoft's latest OS? And, if you haven't made the switch yet, would you be willing to give Windows 11 a go?